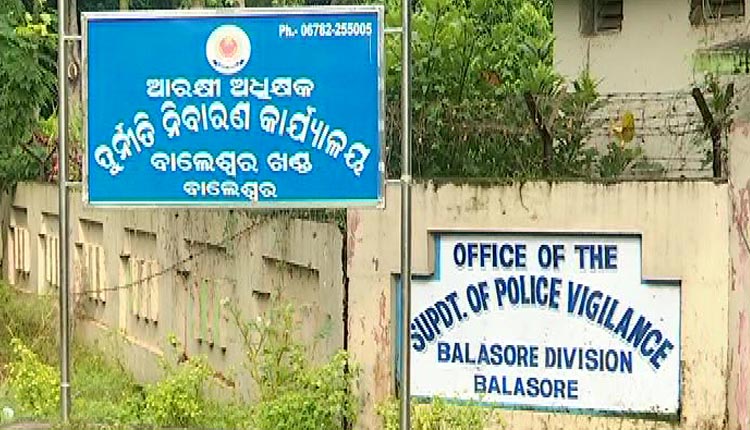 Bhubaneswar: The Vigilance sleuths on Tuesday detected property to the tune of over Rs 1 crore belonging to Dhaneswar Sahoo, Inspector-In-Charge of Jaleswar Police Station who was recently placed under suspension for his alleged links with drugs mafia.

Simultaneous raids were conducted at seven places including Sahoo’s house, government quarters and relatives’ houses on allegation of acquisition of disproportionate assets to the known sources of income. The searches were carried out on the basis of warrants issued by the Special Judge Vigilance Balasore.

“In course of search and inventory, Dhaneswar Sahoo, Ex-IIC was found in possession of assets worth Rs1,11,35,715 including one flat, one double-storied building, one four wheeler, deposits in different banks and post offices, investment in insurance policies, gold and silver ornaments, cash and household articles,” Vigilance department said in a statement.

Earlier, Sahoo was suspended after an audio clip, in which he was purpotedly heard threatening brother of a drugs peddler for money, went viral on social media.

It was alleged that Sahoo had threatened one Sheikh Asruddin, brother of a drug mafia, and demanded money for the release of a seized vehicle.

Vigilance DSP Looted Of Gold Ornaments At Gunpoint In Bhubaneswar