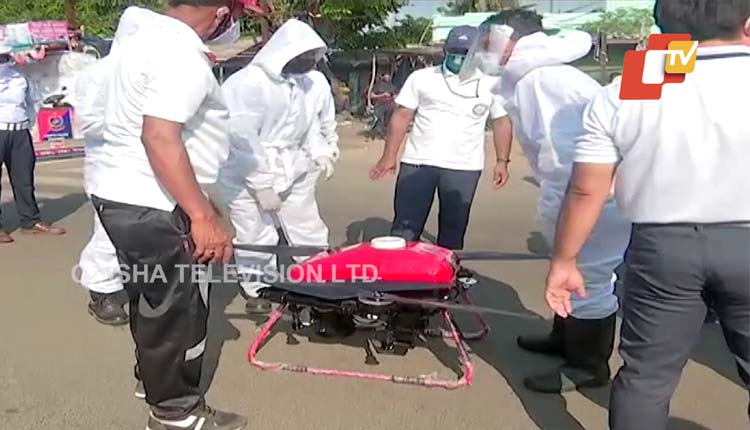 Balasore: In its bid to support the fight against COVID-19, the Integrated Test Range (ITR) here — a DRDO centre for performance evaluation of missiles – has deployed a sophisticated drone to spray sanitisers over Balasore town, where around 100 cases have been recorded.

DRDO's drone-based sanitisation in #Balasore amid rising cases of #COVID19 in the town #Odisha pic.twitter.com/YBGdj0RekJ

The remote-controlled drone, equipped with a GPS system, is capable of spraying disinfectants from a height of 20 metres from the ground, a senior official said.

“We have deployed drones in order to sanitise different areas of Balasore town. We are trying to assist the district administration in its battle against the pandemic,” ITR Director Dr Binay Kumar Das said.

On Sunday, the sanitisation drive was undertaken in three localities of the town, including areas around the police lines, he said.

The drone, developed jointly by Anna University and ITI Chennai, can store up to 20 litres of disinfectants, which is sprayed through its four nozzles, Das said.

“We plan to intensify the drive in Balasore town tomorrow. Sanitisation with the help of drones can be immensely helpful in inaccessible areas,” the ITR director said.