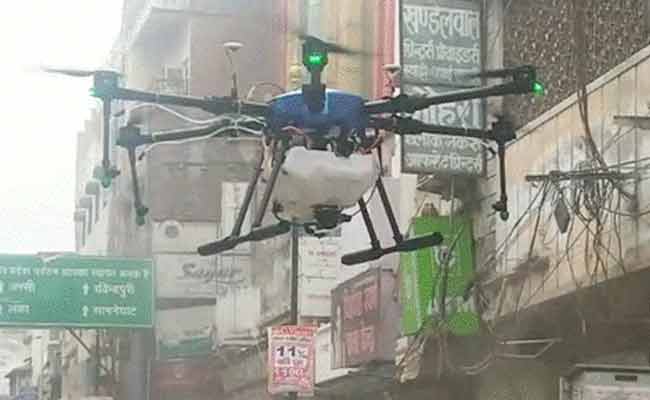 He also said Garuda Aerospace will also focus on the facility management sector for disinfecting the premises in their portfolio for the future.

“We have bagged the mandate from one more city – Rourkela Smart City – for drone-based sanitisation. The other major order is from Godrej group for sanitising their office in Mumbai. We have also bagged orders from Waddepally Municipality and Nirmal Municipality, both in Telangana,” Agnishwar Jayaprakash, Managing Director of city-based Garuda Aerospace, told IANS on Monday.

“Our team in Telangana will move to Rourkela. Similarly, the team from Bhopal will move to Mumbai for Godrej project. We have also got an order to carry out sanitisation operations in Mohali in Punjab,” Jayaprakash added.

For Garuda Aerospace, Rourkela will be the fifth smart city order. It has already bagged anti-coronavirus drone-based sanitisation orders from smart cities like Varanasi, Raipur, Chennai and Hyderabad.

Varanasi is a star Parliamentary constituency that has sent Prime Minister Narendra Modi to the Lok Sabha. The sanitisation operations in Varanasi have begun.

He said many corporates have started enquiring about our services as they plan to carry out sanitisation operations at their premises regularly.

That apart, there will be increased focus on agriculture and spraying of pesticides using drones.

“The government gives subsidy to farmers for hiring tractors and manual pesticide spraying. Similarly, a subsidy could be given to the farmers for using drones. This will help in precision farming,” Jayaprakash added.

T20 Cricket World Cup Likely To Be Postponed, Here’s What BCCI Official Has To Say