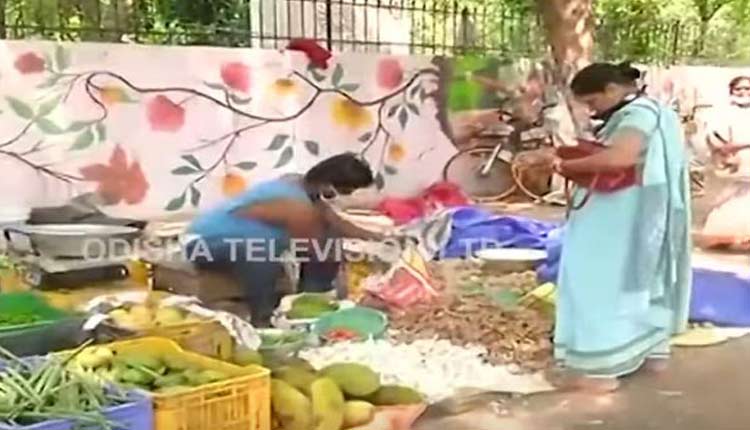 Bhubaneswar: At a time when many are struggling to make ends meet due to COVID-19 lockdowns, what has come as a concern is the allegation of the BJP that there have been large-scale irregularities in the identification of street vendors in the State.

Speaking to media, BJP spokesperson, Dilip Mohanty said, “Street vendors are the most-affected due to the lockdowns. At this crucial time, the State government has failed to identify the actual beneficiaries.”

“The ruling BJD government has claimed that it has provided Rs 3,000 each to 46,000 street vendors. But, where are the benefits of Pradhan Mantri Garib Kalyan Yojana in the State,” Mohanty questioned.

“There is no list of street vendors in any of the websites of the State government,” the saffron party leader stated.

The ruling BJD is yet to comment on the matter.

In March, Odisha government had announced to provide Rs 3,000 financial assistance to 65,000 registered street vendors in 114 urban areas of the state amid the nationwide lockdown.

Following the announcement, the Municipal Administration director Sangramjit Nayak had asked the municipal commissioners to identify the registered the street vendors in their respective areas and disburse the assistance within three days. The assistance was released from the Chief Minister’s Relief Fund.

The assistance was part of Chief Minister Naveen Patnaik‘s earlier-announced Rs 2,200 crore assistance package, which aims at providing food and social security to the weaker sections of the society and welfare of the construction workers in the state.

The Kapil Sharma Show : Are These Glimpses Of 15 Aug. Celebration? Watch