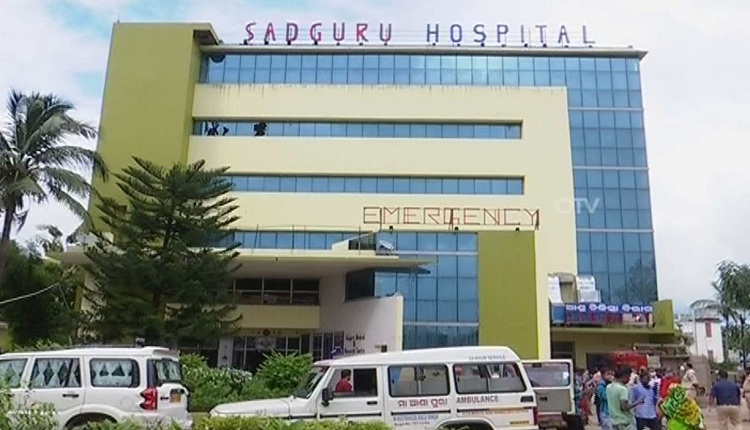 It’s a real shocker! After what happened at the SUM Hospital in Bhubaneswar on October 18, 2016, it is preposterous that a major hospital in a premiere city like Cuttack was allowed to operate without a fire safety license!!

When there is a fire mishap elsewhere, the people affected are rushed to the hospital. But where do you take the victims when there is a fire mishap in a hospital? What makes the incident at the Sadguru Hospital in Cuttack on Monday especially scary is that it was an exclusive Covid hospital. What it means is that patients from such a hospital can be shifted only to another Covid hospital – and not just any hospital.

The death of over 30 people in the SUM Hospital mishap four years ago should have ensured that no hospital in the state was given permission to run without foolproof fire safety measures in place. But with the passage of time, the spotlight on fire safety in hospitals seen in the immediate aftermath of the SUM incident appears to have turned off and a ‘chalta hai’ attitude infected the concern for fire safety at hospitals. In the rush to have enough stand-alone Covid hospitals in place, the state government has clearly given safety concerns a go by.

That all 127 patients in the 152-capacity hospital were safely evacuated and there was no loss of life in the incident is small consolation. Considering that as many as 24 of them were in the ICU, there is every likelihood that the condition of at least some of them would have deteriorated during the process of evacuation. Where is the guarantee that a few of the more critical patients would not succumb later? Even if that is not the case, there is the distinct possibility that in the melee that followed the mishap, the safety protocols for Covid went for a toss, exposing many of those engaged in the rescue and evacuation operation to the risk of getting infected by the dreaded virus. Neither does the revelation by the chief fire officer (CFO) Sukanta Kumar Sethi that the sprinkler and detection systems at the hospital worked fine and helped control the fire absolve the authorities – both at the hospital and government level – of guilt.

Sadguru Hospital was converted into a stand-alone Covid hospital only about a month ago. But the hospital was already running – without a fire license, mind you – for over a year by then. Can there be a more telling example of callousness than this? The fact that it was made into a Covid hospital despite the fact that it did not have a fire safety license amounts to nothing short of criminal negligence on the part of those who took the call. To put it bluntly, it was playing with the lives of patients. But then what better can one expect from a government that unceremoniously shunted out no less than a DGP and made his replacement take charge at midnight for his temerity in sealing a mall in Bhubaneswar for not having a fire license?

There is little doubt that promoters of private hospitals or apartment buildings view fire safety regulations as an irritant rather than an essential, non-negotiable requirement for their own good. But the real worry is that even those in charge of enforcing the regulations also see things almost similarly. They wink at the blatant violation of fire safety rules and wake up from their slumber only when there is a mishap like the one in Cuttack on Monday. Only to go back to sleep once the incident goes out of public memory!

Health minister Naba Das has acted predictably in ordering a probe into the fire mishap at Sadguru. He has sought to convince us about the seriousness with which the government has viewed the incident by asking for the probe report – and action based on it – in 24 hours. But given the fact that it was ‘business as usual’ even after an incident as serious and as fatal as the one at SUM four years ago, this seriousness is bound to be viewed with skepticism by the people at large.

It is about time we developed a culture of fire safety. Even the possession of a fire safety license is no guarantee against a mishap because the systems put in place have to work without fail 24X7X365. And that requires continuous monitoring by the regulating authorities to prevent fire mishaps.

Column: ‘Highly Educated’ And Yet ‘Illiterate’!

New Zealand For The First Time Ranked No.1 In Test Cricket