Column: ‘Highly Educated’ And Yet ‘Illiterate’! 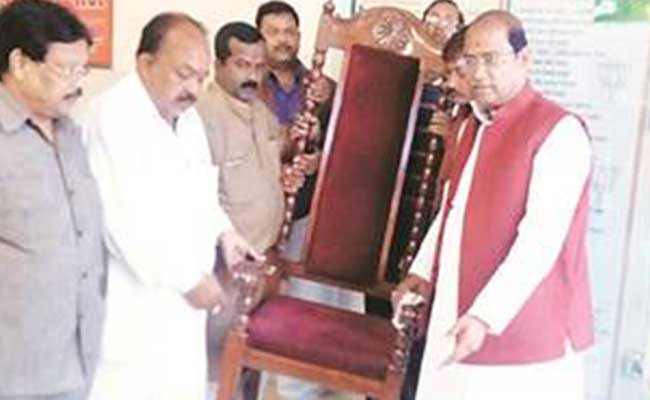 I am amused, dismayed and shocked – in equal measure – at the number of supposedly ‘educated’ people who believe IAS officers should run the country – and the state – and the ‘people’s representatives’ should have nothing to do with it. They hold people’s representatives in utter contempt, derisively refer to them as ‘school drop outs’ ’10th fail’ and the like, and believe they should have no role in governance. The founding fathers of our Constitution must be fidgeting vigorously in their graves at this attitude taking root among the people in general and the ‘highly educated’ youth in particular because it’s a complete negation of the essence of democracy and both the letter and spirit of the Constitution we are all so proud of!

These worthies obviously believe IAS officers are ‘Supermen’ who can do miracles in everything they do. They would rather have IAS officers decide, handle and execute everything from farm distress to communalism. They are convinced the officers have a magic wand. All they have to do is to wave the wand and the problem will just vanish into thin air! Unfortunately for Odisha, this attitude is even more pronounced among our ‘educated’ youth than in the rest of the country. And the government we have had for the last 20 years deserves the lion’s share of the ‘credit’ for this attitude taking root among the youth. As everyone who is not under the spell cast by The Great Magician can see, it’s a government ‘of the babus, for the babus and by the babus’ – ‘people’s representatives be damned!

The new age youth is visibly mesmerised by our ‘go-getting’ IAS officers’ ability do everything from organising a world class sports event like the Hockey World Cup (in ’90 days flat’!) to evacuating an unbelievable 1.4 million people in the 24 hours leading up to Cyclone ‘Fani’ to conducting the War on Corona now. The reason; they have cleared the tough Indian Civil Services (ICS) examination! (Have you ever wondered how the people, who have achieved all these seemingly impossible tasks in a matter of days, have failed to remove poverty, illiteracy, disease and worse in more than 70 years since independence??) That’s why they are of the view that ministers, MLAs and MPs should take a sabbatical at least till the War on Corona lasts, if not longer. The reason: the vast majority of them are ‘illiterates’, ‘semi literates’ or ‘school or college drop outs’.

I have never really understood this obsession with a formal degree or an educational qualification. If acquiring a university degree teaches you to treat the less fortunate with derision and negate the essence of democracy in the process, I would much rather have an illiterate country! Which college or university did Gangadhar Meher go to? Why is it that the Sambalpur University has been named after him rather than any other worthy achiever with a university degree or a PhD from Western Odisha? Why is that post –graduate students of Odia literature – and not just in Gangadhar Meher University – are engaged in researching various facets of his timeless poetic work? The new age Odia youth may not know that the great Binod Kanungo, who accomplished the monumental task of compiling an exhaustive Odia encyclopaedia, studied only up to Class VIII! (In fact, I doubt if they even know who Binod Kanungo is or what he did, in the first place!). Name me one person who has achieved even a quarter of what our very own ‘Dasia Aja’ (Dasarathi Patnaik) has done by building up a library and an archive that could be the envy of top universities in the West. And he studied only up to Class IV! They were all ‘educated’ in the school/college/university called ‘life’ and Odisha is richer for it!!

Around this time last year, I was shocked by the venom pouring out on social media against ‘Pramila Mausi’ (Paramila Bisoi, MP from the Aska Lok Sabha constituency) after she was nominated as the BJD candidate by party supremo Naveen Patnaik. “What will she do in Parliament? Sing ‘Dhana Bila Khasa Khasa?’ one worthy commented derisively on Facebook. No one has so far accused me of being a supporter of the Chief Minister. But even I complimented him on Twitter for his decision which I thought was a welcome recognition of a true grassroots leader. The barbs have not stopped even after she got elected. Like the worthies mentioned earlier, ‘Pramila Mausi’ was educated in the ‘School of Life’. And in my view, there is no better school than it in the world – not even the best of Ivy League universities!!

As for the IAS officers, I have nothing against them as a class. But I refuse to believe, like most so-called ‘educated’ people apparently do these days, that they are people from some other planet, the ‘knights in shining armour’ who have deigned to descend on India’s soil to save the country from all the ills with a mere wave of the magic wand they hold! Having seen many of them up close in my more than decades as a journalist, I can vouch for the fact that some of them can be as corrupt, as venal and as guilty of moral turpitude as the average politician.

A senior of mine, who had similar views on IAS officers as mine, was very fond of saying; ‘All that they have achieved is to qualify one all-India examination. How can that qualify them to head every institution from the Reserve Bank of India to the Atomic Energy Commission? A politician, in contrast, faces an exam literally every day.” How true! The people’s representatives are accountable to the people and will be thrown out in the next election if they don’t perform. But IAS officers, in contrast, are not accountable to the people or, as the experience in Odisha has shown, even their own ministers, let alone MLAs and MPs. They are accountable only to their political masters. As long as they are able to keep the latter in good humour, they can carry on keeping the people at arm’s length, ride roughshod over their aspirations and enjoy the perks of office and power with the new age youth cheering them all the way! I wonder if the youth who want IAS officers to call all the shots even know that a list of 13 top officers, against whom the government’s own vigilance department has found prima facie evidence of corruption and has sought sanction for prosecution, is pending with the Chief Minister’s Office (CMO) for the last seven years? And that some of those who figure in the list are the very same people, who achieved the seemingly unthinkable by putting in place the required infrastructure the Hockey World Cup in December, 2018?

Those who want IAS officers to ‘call all the shots’, I am afraid, don’t know what they are talking about. They may have acquired a degree from the best university in the country – and even the world. But that does not necessarily make them ‘educated’! They are, in my view, more ‘illiterate’ than the average politician!!

UP CM Yogi Adityanath’s father no more, condolences pour in