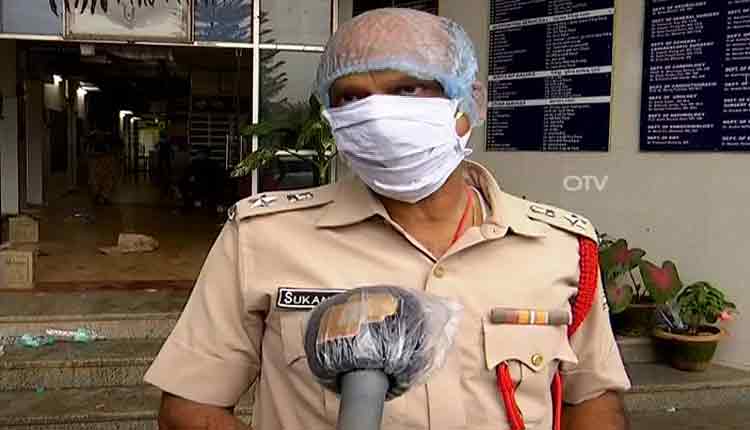 Cuttack: Hours after a fire was reported at Sadguru COVID hospital in Cuttack, Chief Fire Officer (CFO) Sukant Sethi has informed that no fire safety license was issued to the hospital owing to some shortcomings. However, the existing fire systems installed at the hospital including sprinklers and detection system worked for which the fire was confined and did not aggravate, he added.

Preliminary investigation revealed that due to an electrical short-circuit in one of the hospital’s air conditioners, the fire broke out today in which some portion of a bed was gutted.

“There were some shortfall in the passive system for which no fire safety license was issued to the hospital,” said Sethi.

Sethi further informed that after an inspection, certain shortcomings were detected and notice was issued to the authorities of the concerned hospital and were asked to comply for which fire safety certificate was not issued to Sadguru hospital.

#CuttackCOVIDHopsitalFire: The fire was caused due to short circuit in an air-conditioner, informs Dr Samita Mohanty of the hospital #Cuttack https://t.co/klhFUdpwe0

Earlier, panic had gripped after fire was reported at Sadguru hospital at Jagatpur area. Though no casualties were reported, all the 127 COVID-19 patients were shifted to other hospitals in different parts of the city.

Over 1,300 Posts Lying Vacant In CBI, Centre To Fill Up Vacancies Soon