As many as 23 Indo-Tibetan Border Police (ITBP) personnel, including 20 men who averted the Chinese aggression in eastern Ladakh last year, have been awarded the Police Medal for Gallantry (PMG) on the eve of 75th Independence Day.

The 20 personnel deployed along with the Indian Army, with their gallant actions averted the Chinese aggression in Galwan valley and Hot Springs last year in May and June.

This is the highest number of gallantry medals for ITBP awarded for the bravery of its men in border face-off or skirmishes while doing border guarding duties, the force said.

Similarly, six ITBP troopers have been awarded PMG for their gallant action near Hot Springs in Ladakh on May 18, 2020.

In eastern Ladakh, the ITBP troops not only effectively used shields to protect themselves but also responded fiercely to Chinese People's Liberation Army (PLA) advancing troops and brought the situation under control during fierce face-offs and skirmishes.

Besides these, three persons have been awarded for displaying courage, grit and determination in Anti-Naxal operations in Chhattisgarh. 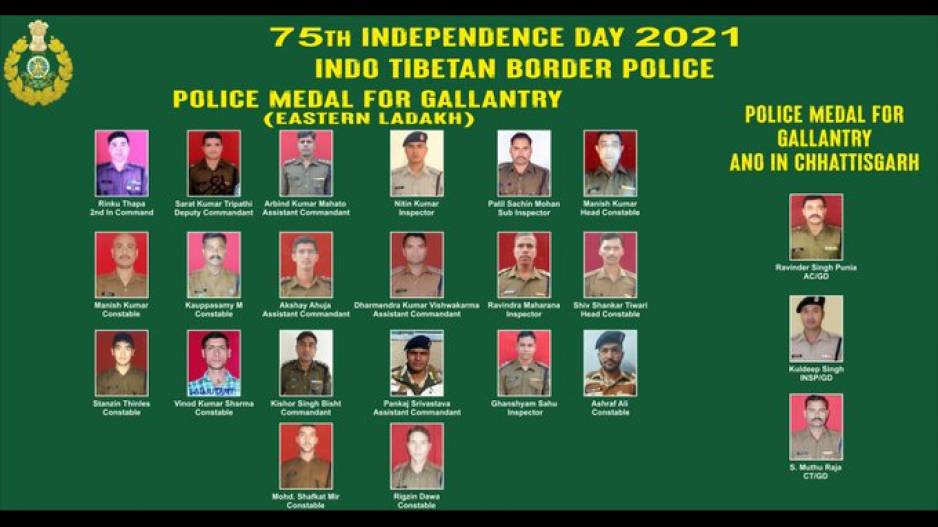 "With the highest order of professional skills, ITBP troops fought shoulder to shoulder and also brought the injured troops to the rear. Even when the ITBP troops fought the whole night, they received minimal casualties and gave befitting replies to the stone pelters of the PLA. At places, they gave a determined standoff of about 17 to 20 hours throughout the intervening night in extremely challenging conditions", said an ITBP official. 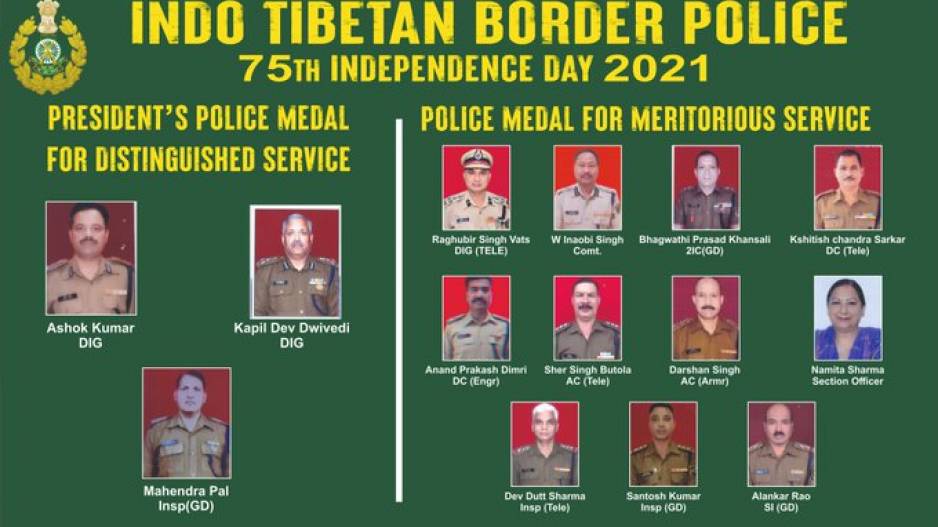 "The Himalayan guarding force showed the highest level of devotion, courage, determination, utter disregard to personal safety even in injured condition and exhibited great professional skills in the face of violent physical scuffle with the PLA," he added.