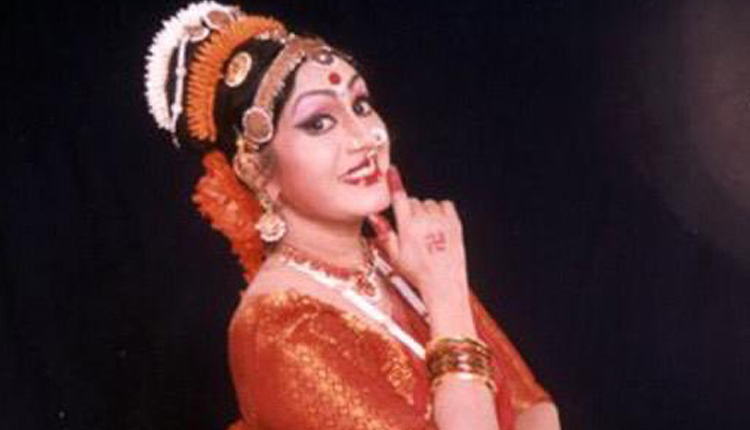 Amaravati: Acclaimed Kuchipudi danseuse, Sobha Naidu, passed away on Wednesday at a private hospital in Hyderabad.

The 64-year-old dancer was undergoing treatment for brain haemorrhage.

She was born in Anakapalle in Andhra Pradesh and went to become an exponent of the Kuchipudi dance form, under the tutelage of Vempati Chinna Satyam.

Naidu worked as the principal of Kuchipudi Art Academy in Hyderabad since the 1980s.

Essaying the role of a protagonist, Naidu donned the roles of Satyabhama, Chandalika, Devadevaki, Padmavathi, Mohini, Sai Baba, Goddess Parvati and several others in her famous performances.

Naidu was also the presenter of ‘Siri Siri Muvva’ programme on Sanskruthi channel, which was meant for promoting budding artists.

Impressed by her performance as Padmavati in Kalyana Srinivasam, the Tirumala Tirupati Devasthanams even organised a series of programmes across the country, including sponsoring the recordings of a few of her shows.

She also showcased her dancing skills at several international venues in the USA, UK, Russia, Syria, Iraq and others.

As many as 1,500 students from India and abroad learnt Kuchipudi dance from the exponent, who went on to further propagate and popularise the classical dance form, which originated in Kuchipudi village of Krishna district.

Over the years, the danseuse won many awards, including the Padmashree.

“From being a disciple of Satyam to heading the dance academy to train young dancers, Naidu, born in Anakapalle, has done great service to Kuchipudi and her ballads and solo performances had won worldwide acclaim,” said Reddy.

“Naidu mastered the technique of Kuchipudi and played lead roles in dance-dramas at a very young age and her performance in the roles of Satyabhama and Padmavati were well acclaimed,” said Harichandan.

He said Naidu contributed immensely to the popularity of Kuchipudi and trained younger students.

The Governor prayed to Lord Jagannath and Lord Sri Venkateswara for Naidu’s soul to rest in peace as he offered condolences to her family members.

Odisha To Request Centre To Accord Classical Status To Odissi Music