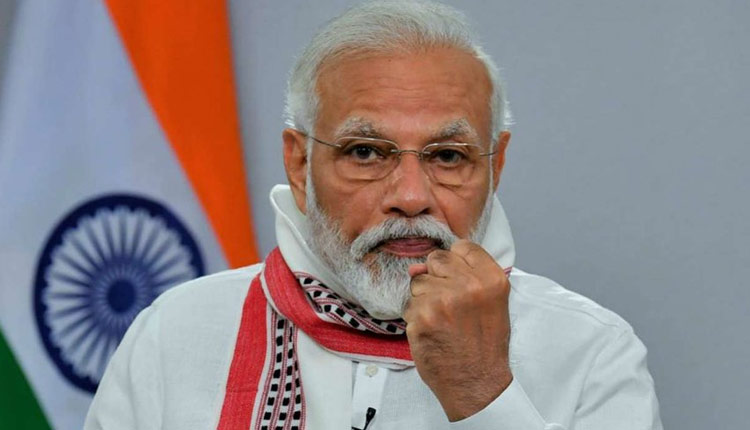 New Delhi/ Beijing: Prime Minister Narendra Modi has called for an all-party meeting at 5 PM on 19th June to discuss the situation in the India-China border areas following the Galwan Valley clash in Ladakh.

According to reports, heads of various political parties would take part in this virtual meeting.

In order to discuss the situation in the India-China border areas, Prime Minister Narendra Modi has called for an all-party meeting at 5 PM on 19th June. Presidents of various political parties would take part in this virtual meeting: PMO#IndiaChinaFaceOff pic.twitter.com/FYzbZ1wFuJ

Meanwhile, China on Wednesday claimed that the sovereignty of the Galwan Valley area in Ladakh “always belonged to it,” a day after the armies of the two countries were engaged in a violent face-off.

The External Affairs Ministry on Tuesday said the violent confrontation between armies of India and China in eastern Ladakh was the result of an attempt by the Chinese side to unilaterally change the status quo in the region.

The ministry said both sides suffered casualties that could have been avoided had the agreement arrived earlier at the higher level been scrupulously followed by the Chinese side.

At a briefing at the Chinese Foreign Ministry, Spokesman Zhao Lijian refused to comment on reports of 43 casualties on the Chinese side during the face-off in the Galwan Valley on Monday night.

The clashes happened on Chinese side & we ask India to strictly discipline its frontline troops, stop infringing & provocative activity at once, work with China & come back to the right track of resolving the differences through dialogue & talk

“The border troops are dealing with the vant matter,” he said.

When pointed out that India has released the number of casualties and why Beijing was not providing the number for Chinese side, he said, “I have stated that Chinese and Indian border troops are now jointly dealing with the relevant matter on the ground. I have nothing to add at the moment.”

On the situation at the China-India border both sides are having close communication with each other resolving this through diplomatic and military channels, Zhao said.

“The overall border situation is stable and controllable,” he told correspondents to a volley of questions.

Twenty Indian Army personnel, including a Colonel, were killed in the clash with Chinese troops in the Galwan Valley on Monday night, the biggest military confrontation in over five decades that has significantly escalated the already volatile border standoff between the two countries.

A large number of Indian and Chinese troops have been engaged in an eyeball-to-eyeball situation in Galwan Valley and certain other areas of eastern Ladakh for the last five weeks, including in Pangong Tso, Galwan Valley, Demchok and Daulat Beg Oldie in eastern Ladakh.