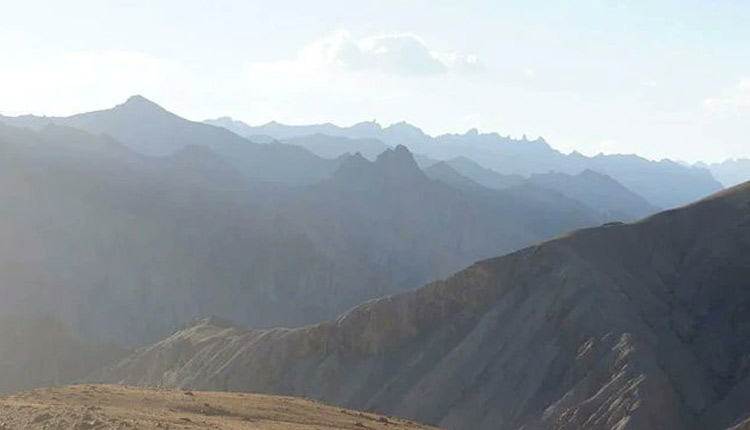 Washington: UN Secretary General Antonio Guterres is concerned about the clashes between Indian and Chinese troops along the Line of Actual Control in Ladakh and asked the two nations to exercise restraint, a spokesperson said Tuesday.

Guterres’s Associate Spokesperson Eri Kaneko said: “We are concerned about reports of violence and deaths along the Line of Actual Control between India and China.”

She added: “We urge both sides to exercise maximum restraint. We take positive note of reports that the two countries are engaged in deescalating the situation.”

We’re concerned about reports of violence & deaths at the LAC between India & China & urge both sides to exercise maximum restraint. We take positive note of reports that 2 countries have engaged to de-escalate the situation: United Nations#indiachinastandoff pic.twitter.com/MhNxOEZZ26

The US is “closely monitoring” the situation following a fierce clash between Indian and Chinese forces in eastern Ladakh, and hopes that the differences will be resolved peacefully, a senior State Department official has said.

Twenty Indian Army personnel, including a Colonel, were killed in the clash with Chinese troops in the Galwan Valley on Monday night, the biggest military confrontation in over five decades that has significantly escalated the already volatile border standoff between the two countries.

“We are closely monitoring the situation between Indian and Chinese forces along the Line of Actual Control,” the State Department spokesperson said on Monday.

“We note the Indian military has announced that 20 soldiers have died, and we offer our condolences to their families,” the official said.

Both India and China have expressed their desires to de-escalate and the US supports a peaceful resolution of the current situation, the spokesperson said.

US State Dept Spokesperson: We are closely monitoring the situation between Indian & Chinese forces along the Line of Actual Control. We note the Indian Army has announced that 20 soldiers lost their lives, we offer our condolences to their families (ANI)#indiachinastandoff

“During their phone call on June 2, 2020, President Donald Trump and Prime Minister Narendra Modi had discussed the situation along the India-China border,” the official added.

The Indian Army initially said on Tuesday that an officer and two soldiers were killed. But in a late evening statement, it revised the figure to 20 saying 17 others who “were critically injured in the line of duty and exposed to sub-zero temperatures at the standoff location succumbed to their injuries.”

In Beijing, Chinese Foreign Ministry officials were silent on the casualties suffered by the People’s Liberation Army (PLA) troops, but Hu Xijin, the editor of the ruling Communist Party-run Global Times tabloid, tweeted to say that there are casualties on Chinese side too.

According to a report in the US News, at least 35 Chinese troops including one senior official died in the violent clash with Indian soldiers.

“According to the US (intelligence) assessment, the Chinese government considers the casualties among their troops as a humiliation for its armed forces and has not confirmed the numbers for fear of emboldening other adversaries,” the report said on Monday, quoting unnamed sources.

Meanwhile, leading US experts on the region have commented on the India-China violent face-off and said that the Chinese military’s aggressive maneuvers posed a threat to the entire region.

If there is one lesson for the US to draw from this, it is that the India-China border needs to be on the US foreign policy radar screen as a frontline for Chinese assertiveness, said Alyssa Ayres from the Council on Foreign Relations.

South Asia is a vital and central part of the Indo-Pacific, not a sideline, Ayres said.

“We are still learning the details of a violent clash last night between the militaries of India and China along their border,” US Senator Marsha Blackburn said.

“The People’s Liberation Army’s aggressive maneuvers in India and Nepal affect the stability of the entire region and point to the increased militarization of the Tibetan plateau, which China has ruled with an iron fist for decades,” Blackburn said.

Ashley J Tellis from the Carnegie Endowment for International Relations said the planned disengagement was now “somewhat in jeopardy”.

The real question going forward is the future of India-China relationship, he said.

“Leaders on both sides have attempted to manage this relationship despite the underlying competitiveness and rivalry. What has helped them so far was that both countries have managed to keep the standoff along the common border within bounds without the use of firearms and without the loss of life,” he said.

“What has happened in the last 24 hours changes this dynamic quite significantly because lives have now been lost on both sides. This suggests to me that Sino-Indian relationship can never go back to the old normal,” Tellis said.

A large number of Indian and Chinese troops have been engaged in an eyeball-to-eyeball situation in Galwan Valley and certain other areas of eastern Ladakh for the last five weeks, including in Pangong Tso, Galwan Valley, Demchok and Daulat Beg Oldie in eastern Ladakh.

A sizeable number of Chinese Army personnel even transgressed into the Indian side of the de-facto border in several areas including Pangong Tso.

The Indian Army has been fiercely objecting to the transgressions, and demanded their immediate withdrawal for restoration of peace and tranquillity in the area. Both sides held a series of talks in the last few days to resolve the row.

Both sides have been asserting that pending the final resolution of the boundary issue, it is necessary to maintain peace and tranquillity in the border areas.