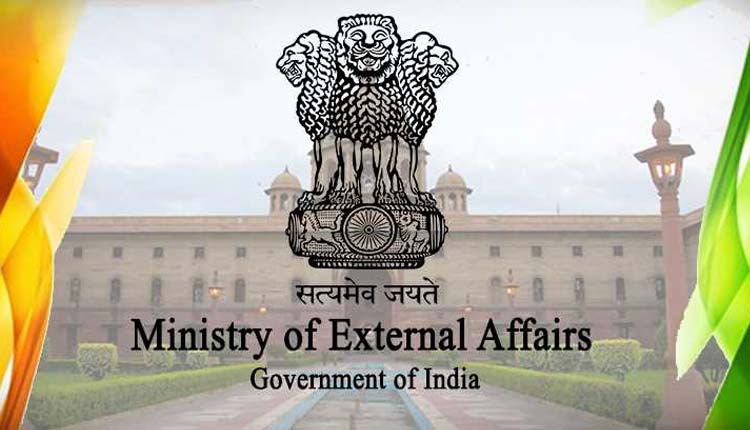 New Delhi: India on Tuesday hit out at China for unilaterally attempting to change the status quo along the Line of Actual Control (LAC) in Eastern Ladakh, which led to the killings of troops of both the countries in a violent clash on Monday night.

The Ministry of External Affairs’ official spokesperson Anurag Srivastava said that on Monday late-evening, a violent face-off erupted between the two sides because of “an attempt by the Chinese side to unilaterally change the status quo” in the Galwan Valley in Ladakh.

“Both sides suffered casualties that could have been avoided had the agreement at the higher level been scrupulously followed by the Chinese side,” Srivastava said.

He was responding to media queries on the situation in the western sector of the India-China border. India and China, the spokesperson said, have been discussing through military and diplomatic channels the de-escalation of the situation in Eastern Ladakh.

Senior Commanders had a productive meeting on June 6 and agreed on a process for such de-escalation. Subsequently, ground commanders had a series of meetings to implement the consensus reached at the higher level.

“While it was our expectation that this would unfold smoothly, the Chinese side departed from the consensus to respect the Line of Actual Control (LAC) in the Galwan Valley,” the government spokesperson said.

India, he said, is known for its responsible approach to border management and has been very clear that all its activities are always within the Indian side of the LAC. “We expect the same from the Chinese side,” he said.

The government, he said, remains firmly convinced of the need for the maintenance of peace and tranquillity in the border areas and the resolution of differences through dialogue. At the same time, the government is also “strongly committed to ensuring India’s sovereignty and territorial integrity,” he said.

Meanwhile, China justified the censorship about the casualties of its troops suffered in a violent clash with Indian soldiers along the Line of Actual Control in Galwan Valley in Eastern Ladakh on Monday night, arguing that it was a goodwill gesture from Beijing.

An unspecified number of Chinese troops were killed on Monday night in clashes with Indian soldiers along the Line of Actual Control (LAC) in Eastern Ladakh where both sides have been locked in a face-off since May.

While India officially announced that three of its soldiers, including an officer, were killed, China has remained tight-lipped about its casualties.

However, the Global Times, published by the People’s Daily, the official newspaper of the ruling Chinese Communist Party (CCP), admitted that People’s Liberation Army (PLA) troops had also been killed.

Justifying China’s silence over the number of its casualties, Hu Xijn, editor of the Global Times, tweeted, “Chinese side didn’t release number of PLA casualties in clash with Indian soldiers. My understanding is the Chinese side doesn’t want people of the two countries to compare the casualties number so to avoid stoking public mood. This is goodwill from Beijing.”

Earlier, Hu had tweeted, “Based on what I know, Chinese side also suffered casualties in the Galwan Valley physical clash.”

However, he went on to warn India, saying, “I want to tell the Indian side, don’t be arrogant and misread China’s restraint as being weak. China doesn’t want to have a clash with India, but we don’t fear it.”

Three Indian Army men, including an officer, were killed on Monday night during a violent face-off with Chinese People’s Liberation Army troops in Galwan Valley. An Indian Army Colonel, the Commanding Officer of an infantry battalion, and two soldiers were killed in the clash at one of the stand-off points in the Galwan Valley.

In view of the violent clash between Indian and Chinese troops in eastern Ladakh, the Himachal Pradesh Police has issued an alert in Lahaul-Spiti and Kinnaur districts, which border China,

State police spokesperson Khushal Sharma said an alert and an advisory have been issued to Kinnaur and Lahaul-Spiti districts to take all precautionary measures to ensure security of local population and also to collect intelligence so as to plan the future course of action.

All state intelligence units have also been alerted in this regard, he added.