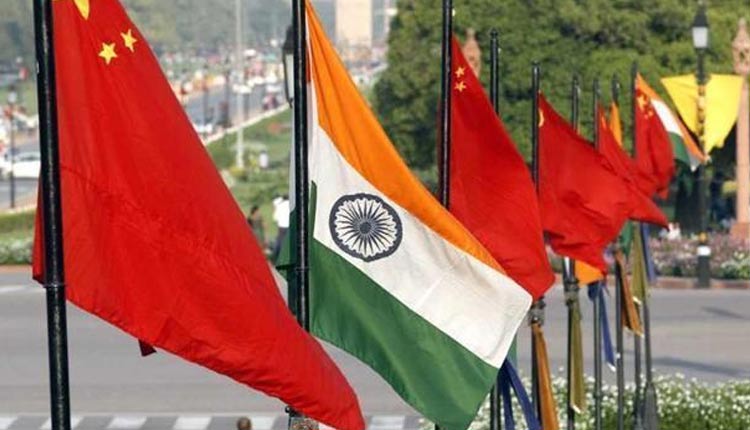 Beijing: China and India have agreed to work to maintain peace along the LAC and resolve the border standoff through talks while implementing the consensus reached between the two countries’ leadership that “differences” do not escalate into “disputes”, a top Chinese official said on Monday.

The remarks of China’s Foreign Ministry spokesperson Hua Chunying came two days after a marathon military dialogue between India and China was held to peacefully resolve the current border standoff in accordance with bilateral agreements.

She said that on June 6, a meeting was held between the commanders of China and India in Chusul Moldo region and the two sides held consultations.

“Recently, diplomatic and military channels of the two sides have maintained close communications on the situation along the border.

“One consensus is that the two sides need to implement the two leaders consensus and make sure that differences do not escalate into disputes,” Hua said, apparently referring to the directions of Chinese President Xi Jinping and Prime Minister Narendra Modi after their two informal summits, asking the militaries of the two countries to take more confidence building measures to maintain peace and tranquillity along the borders.

The Chinese Foreign Ministry spokesperson further said that the “two sides will work to maintain peace and tranquillity along the border and create a good atmosphere”.

“So the situation overall is stable and controllable and the two sides are ready to engage in consultation to properly solve the relevant issues,” she added.

Her remarks came a day after the Ministry of External Affairs (MEA) in New Delhi said that India and China have agreed to continue military and diplomatic talks to “peacefully” resolve the current border standoff in accordance with bilateral agreements.

The Indian delegation led by Lt General Harinder Singh, the general officer commanding of Leh-based 14 Corps, and Commander of the Tibet Military District Maj Gen Liu Lin held the extensive meeting in Maldo on the Chinese side of the Line of Actual Control (LAC) in eastern Ladakh on Saturday that began at around 11:30 AM and went on till evening.

The high-level military dialogue could not produce any tangible results in ending the confrontation in eastern Ladakh, and India was ready for a long-haul in sensitive areas like Pangong Tso and Galwan Valley, people familiar with the development said in New Delhi.

In a statement, the MEA said the meeting took place in a “cordial and positive atmosphere” and that both sides agreed that an “early resolution” of the issue would contribute to the further development of the relationship between the two countries.

After the standoff began early last month, the Indian military leadership decided that Indian troops will adopt a firm approach in dealing with the aggressive posturing by the Chinese troops in all disputed areas of Pangong Tso, Galwan Valley, Demchok and Daulat Beg Oldie.

The Chinese Army has been gradually ramping up its strategic reserves in its rear bases near the LAC by rushing in artillery guns, infantry combat vehicles and heavy military equipment, the sources said.

China has also enhanced its presence in certain areas along the LAC in Northern Sikkim and Uttarakhand following which India has also been its presence by sending additional troops, they said.

The situation in eastern Ladakh deteriorated after around 250 Chinese and Indian soldiers were engaged in a violent face-off on May 5 and 6. The incident in Pangong Tso was followed by a similar incident in north Sikkim on May 9.