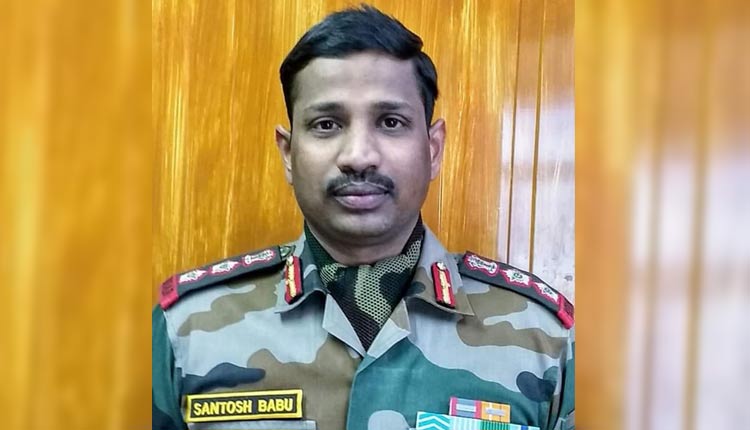 Hyderabad: The mother of Colonel B. Santosh Babu, who was killed by the Chinese Army in Eastern Ladakh on Monday night, is proud that her son made the supreme sacrifice for the sake of the country.

Commanding Officer Santosh Babu, who along with two jawans was killed in the face-off between the two armies during the de-escalation in Galwan Valley, hailed from Suryapet district in Telangana.

“I am both sad and proud. My son has laid down his life for the country. As a mother I am sad. He was my only son,” said Manjula, fighting the tears.

Santosh is survived by his wife, nine-year old daughter and a four-year old son.

His parents were shocked on hearing the news of their son’s killing on Tuesday afternoon. “Our daughter-in-law is in Delhi and she was informed last night. We received the news in the afternoon,” she said.

“We were not ready to believe but were told it is true. We have lost our son,” said Santosh’s father Upender, a retired bank officer.

He recalled that Santosh joined the Sainik School in the sixth class. “I wanted to serve in the Army but I could not achieve the goal. I realised my dream through my son. He was very talented and got many promotions in his 15 years of service,” he said.

Santosh was with 16 Bihar Regiment and was serving on the Indo-China border for the last one-and-a-half years. He had told his parents that he would soon be transferred to Hyderabad, but the process was delayed because of the Covid-19 situation.

“I last spoke to him on Sunday night. I asked him about the reports of the two armies pulling back after the talks. He told me not to believe the reports as talks are different and the situation on the ground is different. He said the situation is serious. I told him to take care,” said Manjula.

The Indian Army officer killed in a violent clash with Chinese troops in eastern Ladakh on Monday night, Colonel Santosh Babu, fulfilled his father’s personal dreams of serving the country and was expecting a posting to this city before making the supreme sacrifice.

Babu and two soldiers were killed in the Galwan Valley in eastern Ladakh on Monday night during a clash with Chinese troops in the first such incident involving fatalities after a gap of 45 years, signalling a massive escalation in the five- week border standoff in the sensitive region.

The slain officer’s father said while he could not live his dreams of serving the armed forces, his son did.

“I could not join the army and serve my country. So I wanted my son to join the defence forces and serve our country though my relatives discouraged the idea,” B Upender, father of the slain Colonel and a retired banker, said.

Expressing his heartfelt condolences over Babu’s demise, Telangana Chief Minister K Chandrasekhar Rao, in a statement, said the state government will stand by the bereaved family.

He instructed his cabinet colleague Jagadish Reddy, as the state government representative, to oversee arrangements for receiving the body till the last rites are performed.

Babu, who hailed from Suryapet district in Telangana, was serving in the 16 Bihar regiment as Commanding Officer, his father said.

He is survived by his wife, daughter and son, who are residing in Delhi.

The slain officer,who was expecting a posting in Hyderabad soon, had spoken to his motheron Sunday where the conversation centred around the ongoing tensions.

“He last spoke to me on Sunday night,” Babu’s mother said.

Though ‘crestfallen,’ she is “proud that my son sacrificed (his life) for the nation,” she said.

When asked about the tensions at the Indo-China border, Santosh had said those issues could not be discussed given the sensitivity.

“I told him to be careful,” the bereaved father told reporters.

Babu joined the Indian Army in 2004 and was first posted in Jammu and Kashmir, Upender said.

The family was informed about the tragedy this afternoon by senior army officials.

“As of now the information available is the mortal remains have to reach Delhi and from there his wife and children will travel to Suryapet, where the final rites are scheduled to happen”, the SP told PTI over phone.

The Indian and Chinese armies are engaged in a standoff in Pangong Tso, Galwan Valley, Demchok and Daulat Beg Oldie in eastern Ladakh.

A sizable number of Chinese Army personnel had even transgressed into the Indian side of the de-facto border in several areas, including Pangong Tso.

The Indian Army has been fiercely objecting to the transgressions, and demanded their immediate withdrawal for restoration of peace and tranquillity in the area.

Both sides held a series of talks in the last few days to resolve the row before the differences took a violent and fatal turn on Monday. 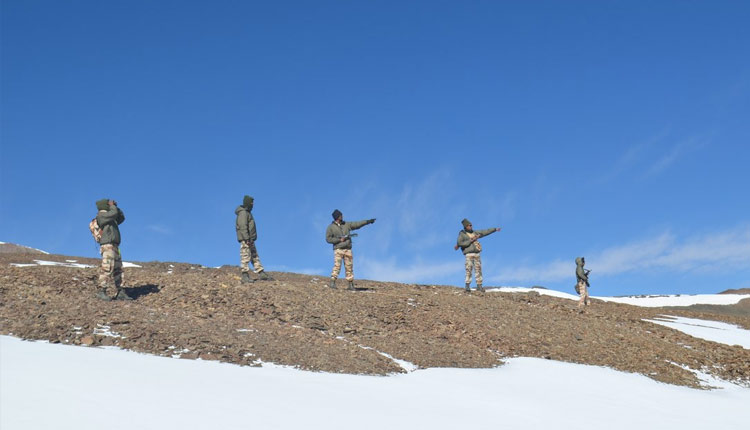