The big message is when people in the last line of society today are struggling hard to live a life of dignity, Guru’s firm message of empowering the weak should form the core curriculum of teaching and governance – right from schools to the seat of power 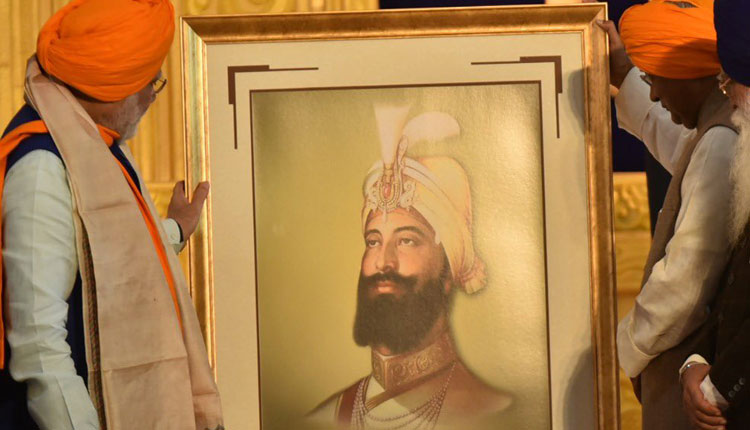 Bhubaneswar: With a grateful nation on Wednesday celebrating the 354th birth anniversary of Guru Gobind Singh in all reverence, his sagacious words about what a ‘guru’ should like be, still stand tall as the lighthouse guiding all ignorant mundane and wanderer mortals of this world.

When translated it reads as:

The import is a teacher (guru) is one who empowers a meek/weak to take on the might.

The big message is when people in the last line of society today are struggling hard to live a life of dignity, Guru’s firm message of empowering the weak should form the core curriculum of teaching and governance – right from schools to the seat of power. 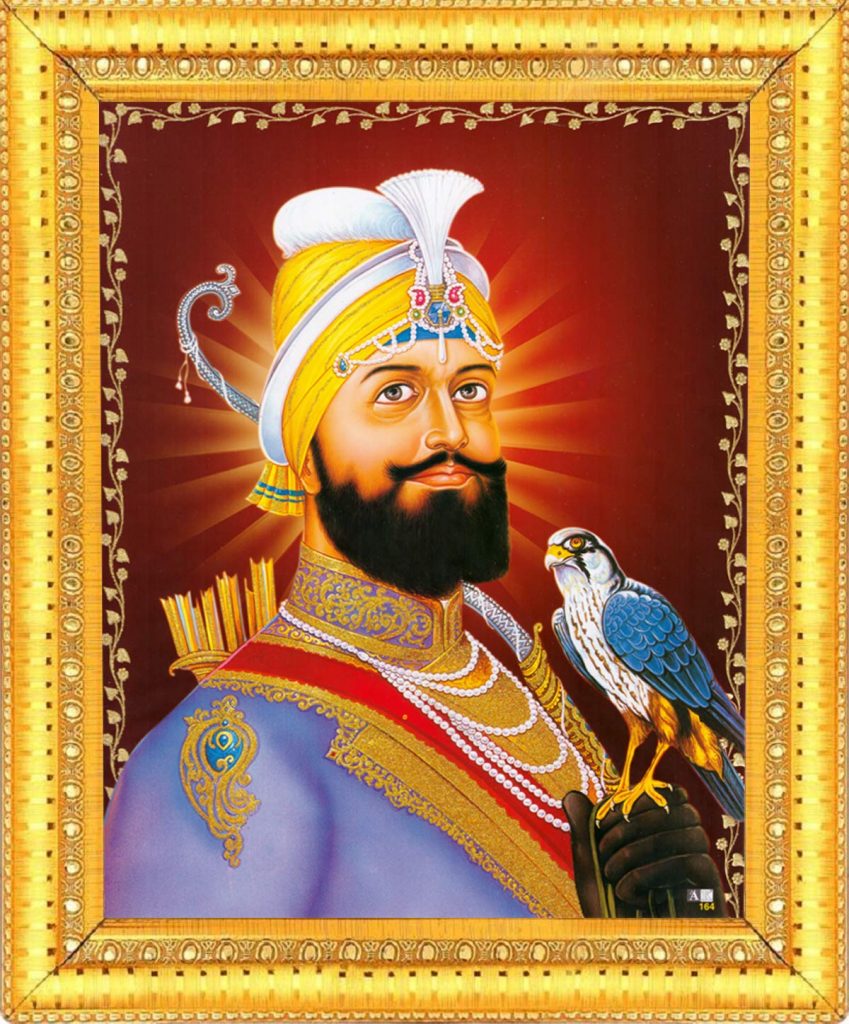 He was born Gobind Rai on January 5, 1666, in Patna Sahib, Bihar in the Sodhi Khatri family of the ninth Sikh guru, Guru Tegh Bahadur, and his wife Mata Gujri.

He emerged as the tenth Sikh Guru at the age of nine after his father Guru Tegh Bahadur, the ninth Sikh Guru, was beheaded publicly by the orders of Mughal emperor Aurangzeb as he refused to convert to Islam.

THE STORY: In 1675, the Kashmiri Pandits approached Guru Tegh Bahadur to protect them from the oppression of the Islamic satrap of Mughal Emperor Aurangzeb called Iftikar Khan.

According to the composition Bachittar Natak written by Guru Gobind Singh, his father promised to protect the Kashmiri Pandits and was summoned to Delhi on a pretext by Aurangzeb and on his arrival, Tegh Bahadur was asked to convert to Islam. Tegh Bahadur was arrested along with his associates after he refused and was beheaded in public on November 11, 1675, in Chandni Chowk, Delhi.

This heinous act of Mughals had only toughened the determination of the Sikhs to fight against atrocities of the Muslims in safeguarding their human rights and identity as Sikhs.

The martyrdom of his father led the Sikhs to formally install the nine year old Gobind Rai as the tenth Sikh Guru on March 29, 1676, on Vaisakhi. He continued with his education which apart from reading and writing also included archery, horse riding and other martial arts. *Just at the age of 19, Guru Gobind Singh mastered all languages like Gurmukhi, Braj Bhasha, Sanskrit, Persian Hindi and Urdu.

Till 1685 he stayed in Paonta (Himachal Pradesh).

In 1699, the Guru asked the Sikhs to assemble at Anandpur on Vaisakhi. The Guru with a sword in hand called for a volunteer from among the crowd who is ready to sacrifice his head. 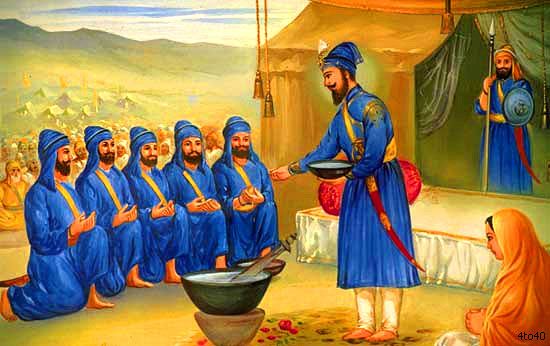 On his third call, one Sikh named Daya Ram (later called Bhai Daya Singh) came forward. The Guru took him in a tent and returned alone to the crowd with blood dripping from his sword. Another volunteer was called by the Guru who was again taken inside the tent and after some time the Guru returned alone with the bloody sword. He continued the process with three more volunteers but after the fifth volunteer went inside the tent, the Guru came out with all the five volunteers unharmed.

*He loved art very much. It is out of this love Guru Gobind Singh invented musical instruments “Dilruba” and “Taus”. (see the image below).

*He is a master in archery and weapons. It is believed that he had the most expensive and unique weapons at that time. His much famous javelin named “Nagini Barcha” that Bhai Bachittar Singh used for attacking a mad elephant which Mughal forces had sent for attacking Sikhs in Chamkaur fort. (see the image below)

*He is also known as “Sarvansh Dani”. This is because he sacrificed his life and family only for fighting against oppression and wrongdoings. For him, the whole Khalsa community is his sons and daughters.

* Since he was the last Guru, he formed some code of conduct and practices for Sikhs. He asked them to accept Guru Granth Sahib Ji as their Guru after him.

Married Woman Living With Another Sans Divorce Not Entitled For Protection: Allahabad HC