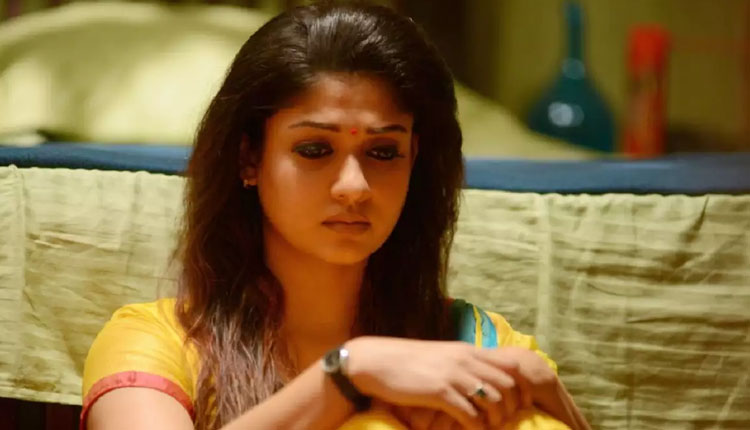 Nayanthara is the leading superstar of the South Indian film industry and over the years, has entertained the audience with her versatility and charm. The actress has faced her ups and downs and challenges in the film industry and emerged stronger bouncing back every time situations tried to pull down her feet. The phase after her breakup with Prabhu Deva was the toughest one as she had stopped acting and her career had come to a standstill. Getting her acting career back on track required a lot of courage and hard work.

But Nayanthara has managed to succeed and continues to lead. However, apart from her certain decisions in personal life, she has also regret a particular decision related to her career.

According to the superstar, she felt cheated after doing her role in A R Murugadoss directed movie. Nayanthara says that the narration that she received for her role in the movie turned out to be much different from what was promised. But this experience taught her to be more attentive while hearing the script and has helped her pick up the best roles over the years.
Ghajini went on to become one of the biggest hits of Tamil cinema and was successful in Hindi with Aamir Khan in the lead. Incidentally, Asin who played the lead against the hero Suriya in the original movie also played the female lead in Hindi movie. Nayanthara’s role was played by Jiah Khan.

Another biggest decision related to her career in Nayanthara’s life was rejecting the remake of Kangana Ranaut-starrer Queen. Actor-producer Thyagarajan reportedly approached the lady superstar after acquiring the rights of the Hindi version but Nayanthara turned it down. Since the actress is known for doing women-centric roles, fans would have loved to see her doing Queen.

Vignesh Shivan and Nayanthara have been in a steady relationship since the last four years setting major couple goals. The reports also indicated that the couple wants to tie the knot soon in the temple in a very small ceremony due to the COVID-19 threat. That is why when the rumours about their breakup surfaced it came as a shock to many.

Before the lockdown, during the Zee Cinema Awards 2020, Nayanthara thanked Vignesh for his support and contribution to her growth. But what fans found amiss was that the actress had come alone which is usually not the case. Ever since Nayanthara and Shivan made their relationship official, the couple has been inseparable.

According to insider sources, Vignesh is keen to tie the knot with Nayanthara but the latter has refused because currently, she is at the peak of her career. However, there has been no official confirmation about the separation from Vignesh Shivan or Nayanthara.