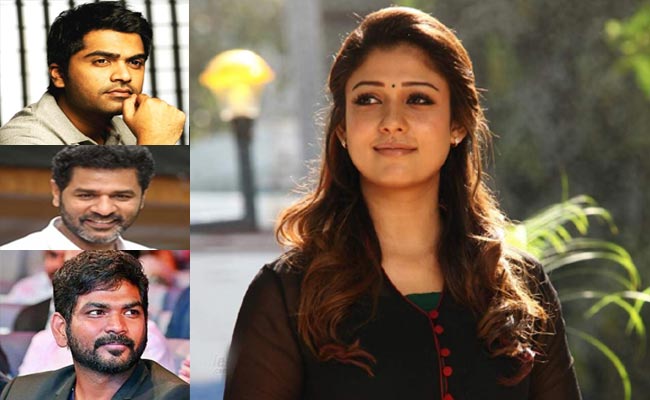 Very few women have enjoyed the type of superstardom that Nayanthara has in the South Indian film industry. Even though she was one of the most successful actresses, at one point when she was deeply in love, the superstar had stopped signing movies only to make her love-life more lasting and happy. However, the affair soon fizzled out and the Villu actress was left with lots of debts and had to return to cinema.

It was in 2009 that the news about Nayanthara and Prabhu Deva’s affair broke out and the dance icon even admitted openly of his love for the super actress. After a lot of hue and cry from Prabhu’s wife Latha who also received support from women organizations, the couple settled divorce. Soon Prabhu and Nayanthara started living together but cracks started in the relationship after Prabhu repeatedly backed out of his promise to marry the actress. She even objected when he went to meet his sons. In 2012, the couple announced the breakup.

But Prabhu was not the first love of the South Indian actress. Before the Wanted director, she was linked with another South Indian star Simbu aka Silambarasan Thesingu Rajendran. Even though Nayanthara was involved with Simbu before Prabhu Deva, a controversy was created when Nayanthara’s intimate pictures with Simbu surfaced on the internet in 2014 long after she had come out of her heartbreaking affair with Prabhu.

The two stars had split long ago amicably and this new situation indeed created a lot of embarrassment for both of them. Simbu was even accused of leaking these photographs intentionally to garner some publicity. But the actor said he will never take advantage of a woman in such away.

Sema pair … #Nayanthara and #Simbu … looking made for each other … pic.twitter.com/Q1P1UQDu4e

Finally, after going through two tumultuous relationships, Nayanthara seems to have found her soul mate in Vignesh Shivan. The two met on the sets of Naanum Rowdy Dhaan which Vignesh was directing and soon their bonding turned into a romantic relationship. Today these two stars are looked upon as the most famous power couples in Tamil cinema and they too keep on updating their fans sharing the latest PDAs on social media.

Employment Conundrum in COVID-hit Odisha: Jobseekers up 814%, job providers down 97%

Aus Vs Ind: Boxing Day Test At MCG All Set To Have…

Zoom Rolls Out End-To-End Encryption For Both Free, Paid…

Consumers May Get Relief On Petrol, Diesel Prices Ahead Of…

SC Says All Aspects Of Hathras Case Will Be Dealt By…

Odisha: Thieves Rob People Off Their Night Sleep In This…