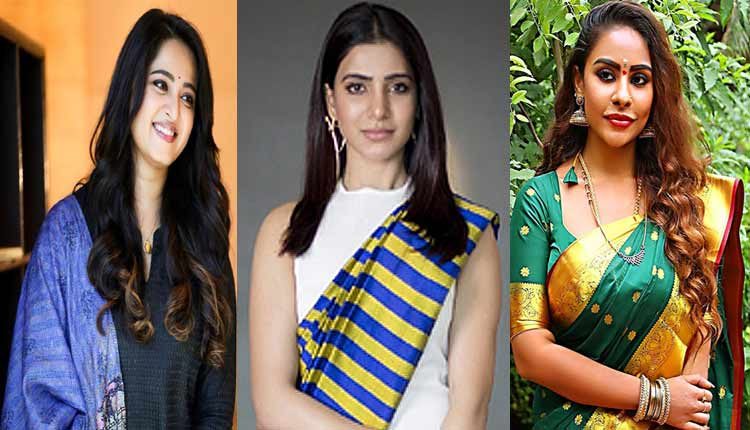 Casting couch does exist in the film industry be it Bollywood, Tollywood, Mollywood, or any other film industry in India. It has been there since long but off late the actresses have started to come out in the open about it daring to even name those who tried to make such indecent proposals to them. And it has not only been the actresses who faced such issues.

Even struggling male actors were expected to bow down to such demands. Actors like Ayushmann Khurrana spoke some time ago about this and raised many eyebrows with his revelations. So what does the South Indian leading ladies have to say about casting couch?

At the start of the year during the promotion of her last movie Nishabdham, the leading lady of Baahubali franchise said that there is a prevalence of casting couch in the Telugu film industry. Anushka further revealed how she has kept herself away from such things. She said, “I admit that it exists in the Telugu film industry but I never had to face it because I was straight forward.”

Anushka further added, “I have always been straight forward and frank. The actress should decide whether they want the easy ways and less fame or harder ways and sustain for a long in the entertainment industry.” Now, that was certainly a confirmation of the existence of a casting couch.

Another leading lady, Samantha Akkineni also accepted that such a practice does exist in the film industry. In one of her interviews, the actress said, “Not only in films, but casting couch is also there in every industry. I can’t comment about each and everyone’s virtue or qualities. There will be a few black sheep. But I am working in the Tamil and Telugu industry for the last eight years. My first film was a hit and I didn’t have much of a struggle.”

Another actress who has worked in both Bollywood and South Indian movies, Isha Koppikar has also accepted the existence of casting couch. She even admitted that some of the secretaries touched her inappropriately. Isha also said that she lost a lot of offers because she did not accept such proposals.

On the other hand, Rakul Preet Singh said that she never came across such a thing as a casting couch. She was slammed by two other South Indian actresses, Madhavi Latha and Sri Reddy who said that Rakul denied such a thing because she fears losing good opportunities. Another leading star of South India, Nayanthara has never said a thing about casting couch.