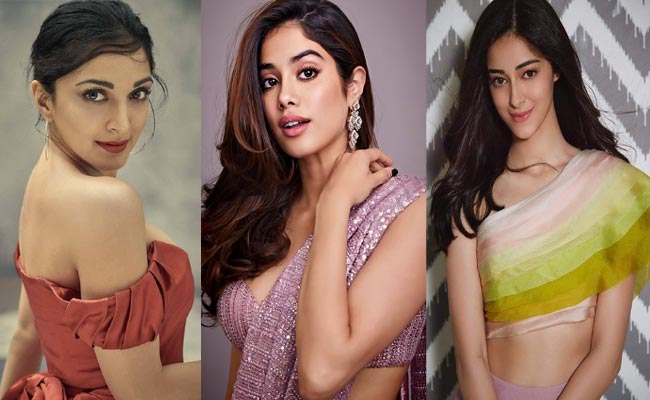 Lockdown has hit the Bollywood badly. With all the shootings stopped, projects are left in hanging, and the releases also have been postponed. But some of the producers who cannot hold on to their releases due to financial issues have opted for OTT release. Some such releases are Gulabo Sitabo, Gunjan Saxena, Khaali Peeli, and Shakuntala Devi. A report also says that Indoo Ki Jawani too might be released on the webspace.

Janhvi Kapoor debuted with Dhadak opposite Ishaan Khattar almost three years ago. Since then she had no other release in the theatre even though she was a part of the Dharma Productions Ghost Series. That is why for Janhvi movies like Gunjan Saxena: The Kargil Girl and Roohi Afzana were very important. Since these two movies are heroine-centric they gave ample opportunity to showcase her talent in strong roles. But now with Gunjan Saxena poised for OTT release on Netflix and Roohi Afzana the following suit after some time, it is a major setback for Boney Kapoor’s girl because OTT releases do not establish star power.

Moreover these were supposed to be major releases for Janhvi after Dhadak and with their success, her career would have escalated to new heights. Although actors and stars with OTT release do get appreciation and money, the recognition that the box-office success gives is missing. Another actress whose next movie is being released on OTT is Ananya Panday. Her flick Khaali Peeli opposite Ishaan Khattar is scheduled to release on Netflix which can be a big jolt to her career.

After Student of the Year 2 and Pati Patni Aur Woh, it was supposed to be the third release of the young actress. The first two movies had one more lead actress and the attention was certainly shared. That is why Ananya was looking forward to the release of Khaali Peeli in the theatres and see how fans accept her pairing with Ishaan and also as a solo female lead.

Will It Affect Kiara Advani’s Career?

Kiara has been around in the film industry for some time now. She had a few releases that have been extremely successful including the recent ones Kabir Singh and Good Newwz. She was also a part of Ghost Stories and Guilty released on OTT. According to reports her movie Indoo Ki Jawani might get an OTT release. But it won’t affect her career much as Kiara has proved in the last two years that she is a bankable star.

But for the young stars like Janhvi and Ananya OTT releases of some of the most important movies in their kitties can be disappointing. While Janhvi has Dostana 2 and Takht, two big releases with Dharma Productions, Ananya Panday had only one confirmed release Khaali Peeli in her kitty. She was also expected to be a part of Shakun Batra’s next project but due to lockdown, things are not confirmed yet.