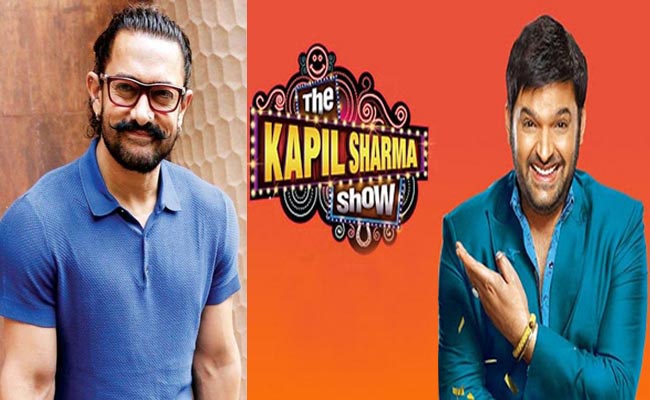 Aamir Khan is one star who has avoided appearances on television. He did produce and hosted Satyamev Jayate, a program promoting those who were helping the destitute and needy. But rarely had the superstar made an appearance on a show for promoting his movie except for Kaun Banega Crorepati in which he was a part of Karmveer episode supporting yet another social worker. In between, he also promoted his movie Thugs of Hindostan which incidentally starred Amitabh Bachchan as well.

Another time Aamir was seen on television is to promote his movie PK on Bigg Boss Season 7 hosted by dear friend Salman Khan. He did it on the insistence of the producer Vidhu Chopra and director Rajkumar Hirani. But when it was time for the promotion of Dangal, his home production, the Lagaan actor ditched Bigg Boss Season 11 platform and also all the other television programs but launched it through events and advertisements.

Aamir Khan Will Never Appear On The Kapil Sharma Show

One show that has hosted almost all the big Bollywood stars from Amitabh Bachchan, Shah Rukh Khan to Akshay Kumar and Ajay Devgn is The Kapil Sharma Show. While the majority of the stars come on the show to promote their movies, many times the guests are simply picked up on popular demand because viewers want to see them on television. Being one of the biggest superstars of Bollywood, the show has tried many times to invite Aamir on The Kapil Sharma Show.

But until now they have not been successful. One reason is that Aamir does not believe in promoting his movies on television. He is a marketing guru and likes to promote his films independently like the way he promoted Ghajini. Aamir made fitness videos to promote Dangal instead of using any television platform for promotion.

And the second reason for not even appearing as a guest on this show is because he does not like the way women are projected on The Kapil Sharma Show. For Aamir Khan making derogatory remarks on other people to make the audience laugh is not acceptable.

” In small towns people idolise Aamir or SRK. If heroes can do this to impress heroines then people also can.” – Parineeti Chopra.

It takes guts to own up mistakes & apologize. Respect for @aamir_khan 🙏🏼 pic.twitter.com/YgXhz7XySh

While giving his opinion on #Metoomovement the superstar even admitted that he regrets doing certain songs that directly remark on the physique of a woman like ‘Khambe Jaisi Khadi Hai’ from his superhit movie Dil. His was the first production house to come in support of the movement and had released an elaborate statement on it.

He dropped Mogul because its director Subhash Kapoor was one of the accused in #Metoomovement. Although now the superstar has once again decided to do the project it was only when he was convinced that Subhash Kapoor may not be guilty and it is unfair to treat someone like this until he is proven guilty.

Messiahs For Migrants: If Mumbai Has Sonu Sood, Odisha Has Sabyasachi