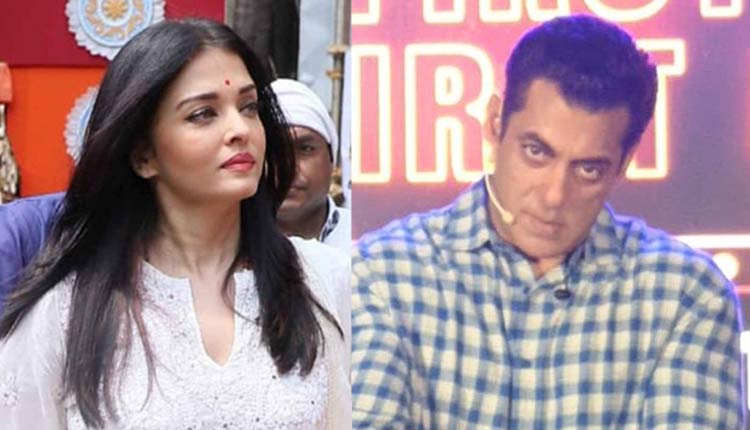 Today Aishwarya Rai Bachchan is happily settled with her husband Abhishek Bachchan and is a doting mother to daughter Aaradhya. Over the years she has been doing very selective movies although she has continued appearing regularly at the Cannes Film Festival representing L’Oreal.

Being one of the most beautiful girls at the Miss World pageant it was expected that she would clinch the title for India. Even before she became Miss World she had started getting offers during her modelling days as Aishwarya was extremely beautiful. After debuting under Mani Ratnam, it was no stopping for the actress who was roped in by the leading production banners like Yash Raj Banners, Sanjay Leela Bhansali, and more.

She was destined to make it big in Bollywood and she continued to do so. But there was a time when her affair with Salman Khan caused her to lose some of the biggest projects in B-town.

The relationship between Aishwarya and Salman hit rock bottom while the actress was shooting for Shah Rukh Khan produced Chalte Chalte. Previously too Ash had worked with the Badshah Khan of Bollywood in Josh, Mohabbatein, and more. People liked their pairing which is why Shah Rukh decided to cast her opposite himself in his home production. At the same time, Sanjay Leela Bhansali who earlier had paired Salman and Ash together in Hum Dil De Chuke Sanam roped in Aishwarya in the lead role of Devdas opposite the Ra One actor.

This somehow was making Salman insecure who did not like Aishwarya getting too close to Shah Rukh Khan. That is why the Dabangg actor created a ruckus on the sets of Chalte Chalte which affected the entire shooting schedule. Shah Rukh was the producer and did not take it lightly. He just replaced Ash with Rani Mukerjee. Due to Salman’s behavior, many other directors also shied away from going ahead with the project which starred Aishwarya in the lead.

Apart from Rani Mukerjee, who went on to replace Aishwarya in many movies, Preity Zinta was also approached for a few of her projects. But being a good friend, the Kal Ho Na Ho actress first got things cleared with Aishwarya and later on did some of them.

After her breakup with Salman Khan and having lost a lot of big projects, Ash did not have any option but to do movies with newcomers or lesser-known actors like Vivek Oberoi, Arjun Rampal, and Priyanshu Chatterjee. It was during this time that she got good movies with Abhishek Bachchan like Kuch Naa Kaho, Guru, Sarkar Raj, Dhoom 2, and more that brought back her career in the mainstream. Further marriage to Big B’s son consolidated her position in Bollywood. But with no Godfather in the B-town even a talented actress like Aishwarya had to struggle hard to get back the superstardom which she deserved.