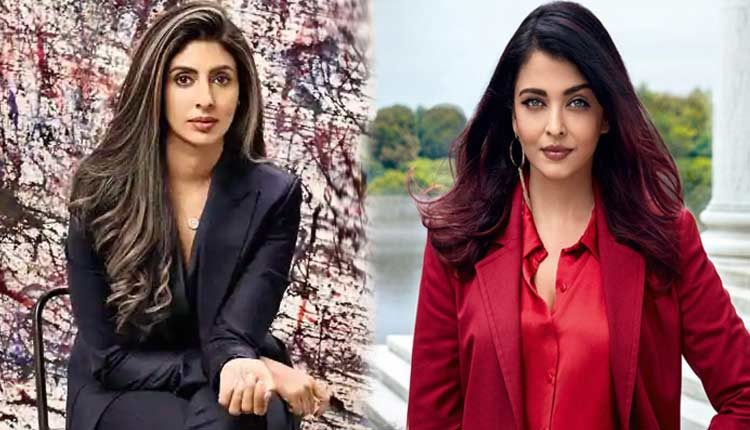 Shweta Bachchan has now become a regular fixture of the Bollywood world. The daughter of Amitabh Bachchan was married very early to Nikhil Nanda and lived most of the time in Delhi with her in-laws. But the last few years have seen her shifting base back to Mumbai and reportedly she is currently staying along with her children Agastya and Navya Naveli with her parents.

Importantly, Abhishek Bachchan also stays with his father along with his wife Aishwarya Rai Bachchan and daughter Aaradhya. Earlier both Shweta and Aishwarya had a good bonding, especially when the latter was staying in Delhi. But since Shweta has moved in with her parents, things have gone a bit sour between the two. Since she has good backing from her father, Aishwarya probably cannot do anything about it.

When during the lockdown, the whole family was up on the terrace clapping to support the frontline corona warriors Shweta was seen alongside her father whereas Aishwarya seemed a bit distant standing with her daughter beside Abhishek.

During one of her interviews, the daughter of the legendary actor said that Ash has a habit of not replying to messages and phone calls which she finds annoying. Shweta also complained that Aishwarya is bad at maintaining time discipline and is often late. Even Amitabh Bachchan had complained of the same in one of the episodes of Koffee With Karan.

The silent feud between Aishwarya and Shweta became clear last year when the latter shared the couch with her brother Abhishek on the last season of Karan Johar’s chat show. When asked who he is most afraid of –mom or wife, Abhishek replied that he fears his mom, of course respectfully. But Shweta immediately said that her brother is lying and that he is worried about Aishwarya’s reactions more.

Earlier Aishwarya used to accompany the Bachchans and they would attend a function as a family. But nowadays, it is Shweta who is with her parents whereas Aishwarya comes with her husband and daughter separately. The animosity between the two is quite clear although neither of the two has spoken anything much against each other in public.

Hrithik Roshan And Shweta Bachchan: An Affair & Breakup That Left A Lot Unanswered

Amitabh Bachchan Gets Nostalgic On ’45 Years Of Sholay’, Shares Still Of Premiere Show