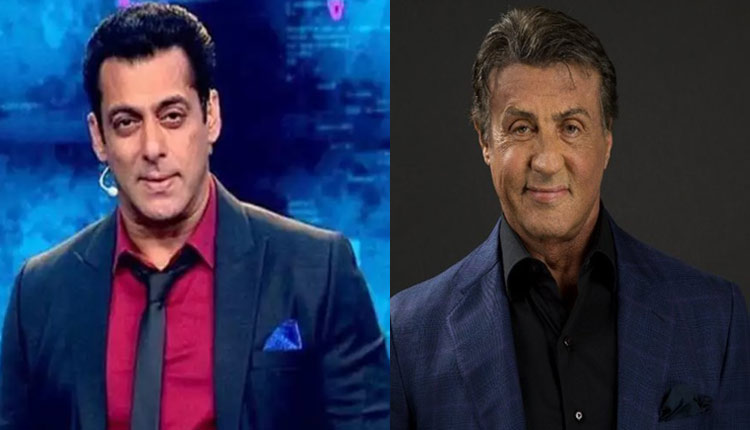 Salman Khan is known for his macho image especially for his role as a notorious cop in Dabangg or the Devil in Kick or as Sultan. The superstar has a massive fan following and all his films are blockbusters. He shares a very good equation with producer and director Sajid Nadiadwala. It was this friendship of more than three decades that encouraged Sajid to try his hand as a director. Although he has been behind many blockbuster movies as a producer Sajid never thought of directing.

With support from Salman Khan, he debuted as director through Kick. The movie was a superhit and fans began to demand a sequel. Sajid himself looked eager to come out with a second movie in the same league with Salman Khan but due to lack of script, the idea could not move further. Now it seems Sajid got a good script in hand during the lockdown which he thinks is ideal for making Kick 2.

Sajid Wants Sylvester And Salman Together?

According to reports, Sajid wants to rope a big Hollywood action star alongside Salman Khan to appear in this sequel. Looking at the success of War which had two powerful action heroes from Bollywood, Hrithik Roshan and Tiger Shroff gracing the big screen Sajid believes that the film can do much better if big action star Sylvester will share the screen space with Bhaijan.

The producer turned director does not want to leave any stone unturned and has already started interacting with the manager of Stallone to find out whether the Rambo star is willing to come aboard for his sequel. If Sajid fails to attract Stallone’s interest he is expected to approach other leading Hollywood stars like Vin Diesel or Will Smith.

Fans have been rooting for a sequel for Kick and now if they get to watch Salman and Stallone together on the silver screen, it will be an unexpected but welcome treat.

Salman Khan Will Never Donate To Govt Charities; Here’s Why