Among 21 major states, Odisha now has the sixth highest unemployment rate in the country. The other states are Tamil Nadu, Bihar, Jharkhand, Haryana and Karnataka, says CMIE report 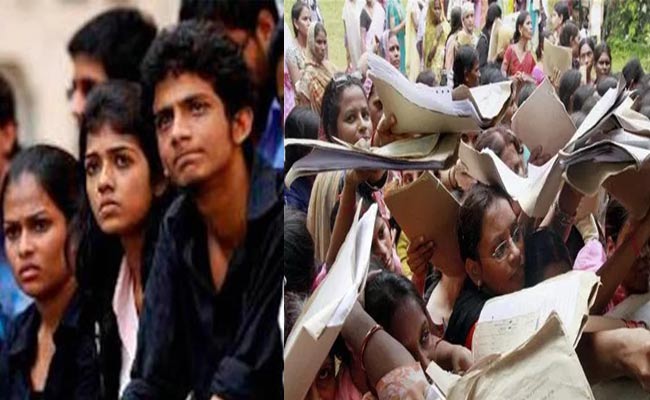 Bhubaneswar: COVID toll on Odisha seems big. Unemployment rate in the State has zoomed to a high of 23.8 per cent in April, which means nearly two in every ten in Odisha now have no job at hand. The joblessness rate in March was estimated at 13.1 per cent.

Among 21 major states, Odisha now has the sixth highest unemployment rate in the country.

Odisha is not the lone state in the country to face the COVID axe on the jobs. Unemployment rate has risen faster in other states like Bihar, Jharkhand, Tamil Nadu and Haryana. The unemployment rate in Bihar is estimated at a high of 46.6 per cent, Jharkhand at 47 per cent, TN at 49.8 per cent and Haryana at 43.2 per cent. The UR in Karnataka was 29 per cent in April.

The prevalence of such a high distress in Odisha job scenario during the lockdown period has been revealed by the country’s leading private economic think tank, the Centre for Monitoring Indian Economy (CMIE).

As per CMIE, the unemployment rate in February in Odisha was 3.1 per cent. The rate ballooned to 13.1 per cent in March, when the State saw lockdown for mere 10-days. It increased by 10.7 points in the complete lockdown month of April.

The CMIE has attributed the abnormal rise in joblessness in the State and the country to the cessation of all economic activities following imposition of lockdown since March 22.

Why Joblessness rate zoomed in Odisha?

It has been observed that the districts in the State that had a higher share in employment were worst hit by COVID.

For instance, cities like Bhubaneswar and districts like Jajpur, Balasore and Sundergarh that provide employment in the range of 2.5 -4.9 lakh have the maximum containment zones in the State.

Moreover, as the informal sector enterprises in Odisha account for nearly 70 per cent of employment, and as the sector has borne the brunt of lockdown, the reflection is almost crystal clear on the unemployment data.

Given the scale of spike in unemployment rate in April this year, experts in CMIE estimate the total jobless in Odisha ballooning to a whopping around 33 lakh by April end.