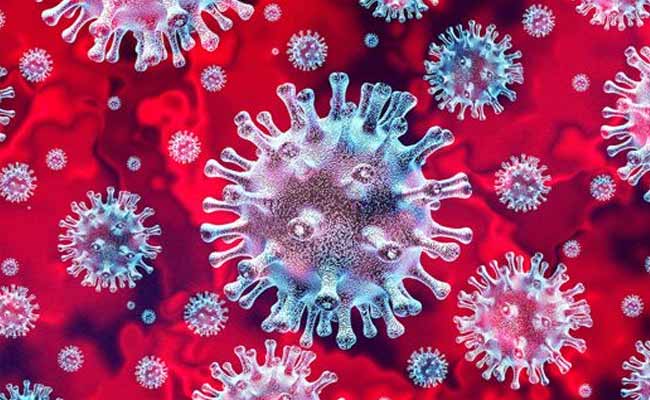 New Delhi/Bhubaneswar: The cases seem to be rising rapidly. While Monday morning, the total number of active coronavirus positive cases in India was 359, including the foreign nationals, as day progressed the Union Health Ministry said the total positive cases has reached 415, after 19 fresh cases were reported.

According to data available on Health Ministry’s website, seven deaths have been reported in India so far.

With reports of violation of COVID-19 guidelines from some areas, Government of India came up with a notice stating that all the States have been asked to strictly enforce the lockdown in the areas where it has been announced by the GoI, else legal action will be taken against violators

All the States have been asked to strictly enforce the #lockdown in the areas where it has been announced by the Government of India. Legal action will be taken against violators #LockdownNow (ANI) pic.twitter.com/bqa9suYZn8

In his appeal, PM Narendra Modi said, “Even now, many people are still not taking lockdown measures seriously. Please save yourselves, your family by following government’s Covid-19 guidelines. I request State governments to make people strictly follow the rules.”

It is to be noted that almost all States have declared partial or complete lockdown to contain the spread of this lethal virus.

According to figures revealed by Health Ministry, “A total of 23 patients have been cured and discharged. Seven deaths have been reported across the country.”

Among the 22 states and union territories where the cases were found, Maharashtra had the highest patient count followed by Kerala.

As of 2.30 pm on Sunday, there were 341 cases, of the virus across India, the Union Health Ministry said.

COVID-19 Cases Shot Up To 89 In Maharashtra

The number of coronavirus active cases in Maharashtra shot up from 74 to 89 with 14 new cases here on Monday, officials said.

The test results of 15 of the 210 suspected cases were detected to be positive and more results are awaited.

The figure shot up even as Health Minister Rajesh Tope warned that the state stood on the threshold of a ‘multiplication stage’ of the virus.

His statements came in the wake of the death of a 63-year old man late on Saturday at the Sir H. N. Reliance Hospital, the second victim of COVID-19 last week in the state.

“This is the stage to exercise extreme precaution since we don’t want to enter from Phase II to Phase III at any cost,” Tope urged.

This is the biggest spurt of positive cases in a single day – from 53 on Friday to 64 on Saturday and from 74 on Sunday to 89 on Monday.

As the state continued to lead in the number of active cases, Tope again urged people to strictly remain indoors as ‘isolation’ is the key to battling the COVID-19 virus spread.

The lockdown declared by the Delhi government following the spurt in coronavirus active cases has no meaning for people in Outer Delhi as they are violating the norms in areas such as Nangloi, Paschim Vihar, Vikaspuri, Mundka, Peeragadhi, Janakpuri and Tilaknagar without any fear.

In the lockdown situation only the shops that sell essential goods are allowed to open, but here in Outer Delhi, salons, vehicle mechanics and paan shops have been opened since morning.

Moreover, e-rickshaws and gramin sewa tempos were seen plying on road without any hesitation, while Chief Minister Arvind Kejriwal in the press conference on Sunday had clearly stated that these things will be completely banned.

The most surprising thing is that whether it is e-rickshaw or gramin sewa, they were packed with passengers. Shockingly, only a quarter of the riders were seen wearing masks. Some gramin sewa drivers were also seen opting for internal routes to escape lockdown and earn money. The police, however, are monitoring the situation on main routes but they can’t even stop these vehicles inside the colonies.

A Reliance Fresh’s store in Syed village of Nangloi was full of customers and they were seen pushing each others to purchase the goods.

When IANS contacted the manager of this store, he said that he has instructed the guard to allow only one person from a family to come in and stop those who have not wearing a mask, but people are not following the instructions.

The people apparently came to buy essentials goods for the whole month, hence, almost everyone had a companion but almost a half of these had no masks on their faces.

Moreover, the Section 144 is in forces that prohibits gathering of four and more people at one place at one time. But in areas such as Nihal Vihar, Vikaspuri and Janakpuri, people were moving freely. Customers were also purchasing plants from nursery. A salon was also opened in Nihal Vihar.

Despite the Section 144 is in force, people were seen in groups at many places in these areas. This threatens to spread more of this epidemic. People either lack awareness or are deliberately flouting the rules.

In areas like Tilaknagar and Nihal Vihar, many gurdwaras were seen open against the government’s orders.

Kejriwal had said in the press conference that no one will be stopped but people should come out only when its extremely urgent but in such a large areas, no policeman was seen questioning anyone.