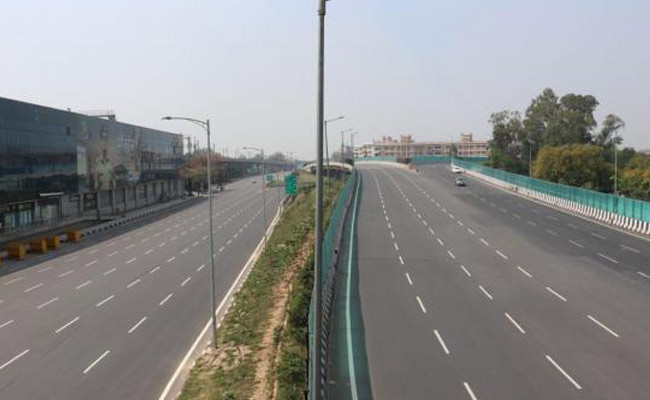 New Delhi: India reported three more coronavirus deaths on Sunday, including the first casualties from Bihar and Gujarat, taking the toll to seven and the number of COVID-19 cases rose to 360 (including 41 foreign nationals), officials said, as authorities suspended all passenger train and inter-state bus services till March 31 in unprecedented steps to contain the spread of the infection.

A 38-year-old man with a kidney ailment and recent travel history to Qatar died at AIIMS-Patna and a 67-year-old man died at a hospital in Surat in Gujarat, state officials said, but the Union Health Ministry was yet to confirm the deaths. Another death was reported from Mumbai of a 63-year-old man.

As the virus cases climbed, the central and state governments decided to lock down 75 districts from where COVID-19 cases have been reported to break the chain of transmission, and the Health Ministry said states would earmark hospitals to exclusively treat coronavirus patients.

Earlier Sunday, the Railways announced it was suspending all passenger services until March 31 and said only goods trains will run during the period. The suspension includes all suburban train services. Trains that commenced their journey prior to 4 am on March 22 will complete their journeys, it said, adding that passengers can claim a full refund for trains cancelled during this period till June 21.

The extraordinary decisions were taken by the government a day after the Railways reported three incidents (12 positive cases) of people asked to remain in quarantine travelling on trains and amid an exodus of people from urban areas to their home states, raising fears of the virus spreading to the countryside.

Several states, including Maharashtra, Kerala, Haryana, UP, Uttarakhand, and West Bengal, announced partial or complete lockdown for varying periods. Nagaland said it was imposing an indefinite lockdown from midnight Sunday.

Delhi Chief Minister Arvind Kejriwal announced that his government was placing the national capital under a lockdown from 6 am on March 23 till midnight March 31. Essential services will continue, Kejriwal said.

According to the Health Ministry, Maharashtra has reported the highest number of confirmed coronavirus cases at 63, followed by Kerala (52) and Delhi (27).

The Haryana government on Sunday ordered lockdown for seven of the state’s 22 districts, including Gurgaon and Faridabad, suspending all public and private transport and various non-essential services there with the positive coronavirus cases reaching 17.

With the number of coronavirus patients reaching 21 in the state, the Punjab government on Sunday ordered a lockdown till March 31 as an emergency measure to prevent the spread of coronavirus.

Uttar Pradesh Chief Minister Yogi Adityanath on Sunday announced that 15 districts in the state would be under lockdown in the first phase till Wednesday in wake of the coronavirus outbreak. The announcement came soon after the Centre and state governments decided to put under lockdown 80 districts across the country, where cases of novel coronavirus have been reported. Uttar Pradesh has recorded 25 cases.

Chhattisgarh Chief Minister Bhupesh Baghel on Sunday evening announced a lockdown in urban areas of the state till March 31 in view of the novel coronavirus outbreak. The state government has already invoked Section 144 of the Criminal Procedure Code in all urban areas, including the Raipur Municipal Corporation, to discourage assembly of people in a bid to prevent the spread of the coronavirus. One positive case has been reported till date in the State.

The West Bengal government said in a notification that Kolkata and several other areas of the state will be under lockdown from Monday 5 pm till Mar 27.

The Bihar government on Sunday announced a lockdown in urban areas till March 31 to prevent the possible spread of the novel coronavirus.

The Jharkhand government on Sunday announced a lockdown in the state with immediate effect till March 31 to prevent the spread of novel coronavirus, an official notification said.

Nagaland, where no coronavirus case has been detected, will impose an indefinite lockdown from midnight Sunday as a precautionary measure against the coronavirus outbreak, Chief Secretary Temjen Toy said.

Telangana will be under complete lockdown till March 31 as a precautionary measure to prevent the spread of coronavirus, Chief Minister K Chandrasekhar Rao said on Sunday. Rao made the announcement after chairing a high-level meeting to discuss the situation in the state where the total number of coronavirus positive cases has gone up to 26.

Moving for a complete lockdown to fight coronavirus, Andhra Pradesh government on Sunday announced the closure of inter-state borders for transport till March 31 and asked people to step out of their homes only for essential needs.

Six new coronavirus positive cases were confirmed in Karnataka on Sunday, raising the total to 26, an official said. “Till date, 26 COVID-19 positive cases have been confirmed in the state which includes one death,” said a health official. Karnataka government has decided to thermal screen domestic passengers as well at the airports where only international passengers were being screened till now.

In the highest rise on a single day so far, Kerala reported 15 positive cases of coronavirus on Sunday, taking the total number of infected persons under treatment in the state to 64 as the ‘Janta Curfew’, called by Prime Minister Narendra Modi, evoked a complete response. Meanwhile, prohibitory orders were promulgated in Kasaragod district, which witnessed a spurt in positive cases in the last few days, accounting for 19 patients, and public transport services halted to contain the virus. Meanwhile, the state government is yet to take a decision on the lockdown of nine districts as was agreed in the Centre-state governments meet.

Punjab and Ladakh have 13 cases each. Gujarat has 14 cases while Tamil Nadu has 6 cases. Chandigarh has reported five cases.

The Indian Council of Medical Research said they are ramping up testing efforts, but added that they won’t do indiscriminate testing for COVID-19. The strategy is to test only those who show symptoms, its director general said.

The paramilitary forces, comprising about 10 lakh personnel, also ordered the immediate suspension of movement of troops and directed them to ”be where they are” till April 5, officials said.