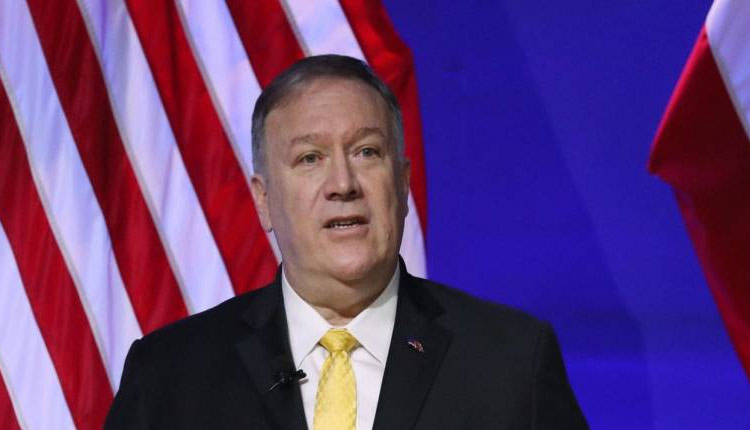 Washington: The US is reviewing its global deployment of forces to ensure it is postured appropriately to counter the People’s Liberation Army, given the increasing threat posed by China to Asian countries like India, Malaysia, Indonesia, and the Philippines, Secretary of State Mike Pompeo said on Thursday.

Pompeo made those remarks in response to a question during the virtual Brussels Forum 2020 of the German Marshall Fund.

The force posture review is being done at the direction of President Donald Trump, as part of which the US is reducing the number of its troops in Germany from about 52,000 to 25,000, he said.

Pompeo said that the force posture would be dictated by the ground realities.

“In certain places, there will be fewer American resources. There’ll be other places – I just talked about the threat from the Chinese Communist Party, so now threats to India, threats to Vietnam, threats to Malaysia, Indonesia, South China Sea challenges, the Philippines,” he said.

“To the extent that that changed, the difference in what the US decided to do impacts adversely a threat someplace, it may be that other nations need to step up and take responsibility for their own defence in ways that they hadn’t done previously. So, we want to do this in full consultation with all of our partners all around the world, and certainly our friends in Europe,” Pompeo said.

President Trump is being criticised for reducing troops from Germany. His critics say that this will increase the threat from Russia to Europe.

Pompeo, however, did not agree with that argument.

It has been a long time since there has been a strategic review of our force posture all across the world. The US undertook that starting about 2.5 years ago, whether that was our forces in Africa, our forces in Asia, the force we have in the Middle East and in Europe, he said.

“We began to say these are often decisions that were made in a different time. Should we reallocate those a different way? Should we have a different composition of those forces? Everyone always wants to talk about ground troops. I get it. I was a young tank officer. You described that. There’s nothing I like as much as a good M1 tank.

“But it’s often the case that the capacity to deter Russia or other adversaries isn’t determined any longer by just having a bunch of folks garrisoned someplace. So, we really went to back fundamentally relook, what is the nature of the conflict, what’s the nature of the threat, and how should we allocate our resources, whether that’s our resources in the intelligence community, our resources from the Air Force or the Marines and Army,” Pompeo said.

Last week, Pompeo criticised the Chinese Army for “escalating” the border tension with India and militarizing the strategic South China Sea. He also described the ruling Communist Party of China (CPC) as a “rogue actor.”

“Our broad set of allocation of security apparatus, our ability to counter cyber threats, how do we allocate them? What’s the best way to do this? And the decision that you see the president made with respect to Germany is an outcome from a collective set of decisions about how we’re going to posture our resources around the world,” said the top American diplomat on Thursday.

Changes in force posture are being taken in consultations with allies and friends, Pompeo said.

“President Trump has spoken to this. (Defense ) Secretary (Mark) Esper will be in London today and in Brussels tomorrow. We’ll talk about our plan and how we’re thinking about delivering it,” he said.

“But you should understand this, and I hope our European partners will understand this as well. When you see what we ultimately conclude, how we ultimately deliver on the statements of the president made, that they’re aimed squarely at what we believe to be democracies’ fundamental interest and certainly America’s most fundamental interest,” Pompeo said.

Earlier this month, Pompeo had said that China’s actions, be it on the India border, or in Hong Kong or in the South China Sea, were part of the behaviour of the ruling Communist Party in Beijing in the recent past.

China has been fast expanding military and economic influence in the Indo-Pacific region, triggering concern in various countries of the region and beyond.

China is engaged in hotly contested territorial disputes in both the South China Sea and the East China Sea. Beijing has built up and militarised many of the islands and reefs it controls in the region. Both areas are stated to be rich in minerals, oil and other natural resources and are vital to global trade.

China Amassing Large Contingent Of Troops, Armaments Along LAC Since Early May: India

India Slams Pakistan’s Apathy To Crack Down On Terror Perpetrators