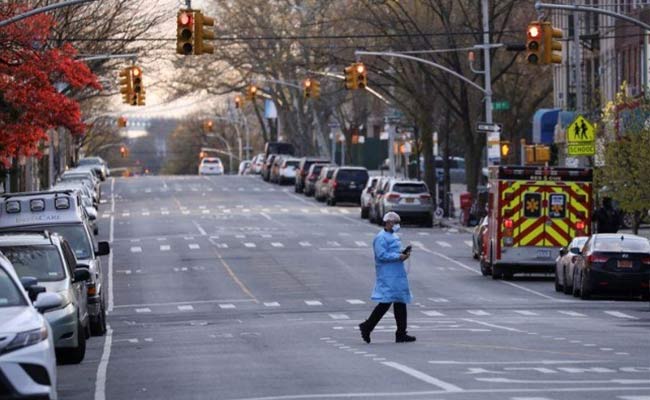 Washington: The number of people infected by the coronavirus in the United States crossed one million and the fatalities jumped to nearly 59,000, but several states initiated the process to reopen their economies amidst signs of decline in both new cases and deaths.

We continue to pray for the victims as well as for those Americans who are grieving their lost ones and their loved ones. There’s never been anything like this. We suffer from one heart but we will prevail. We are coming back, and we’re coming back strong, US President Donald Trump said at the White House during his remarks on the Paycheck Protection Program.

The US on Tuesday became the first country in the world to have more than one million cases of coronavirus. It accounts for nearly one-third of the 3.1 million cases globally.

“Now that our experts believe the worst days of the pandemic are behind us, Americans are looking forward to the safe and rapid reopening of our country, Trump said.

In California, Governor Gavin Newsom outlined the phased reopening of his state.

“We are not going back to the way things were until we get to immunity or a vaccine. We will base reopening plans on facts and data, not on ideology. Not what we want. Not what we hope,” he told reporters.

More than 1,800 people have died due to coronavirus in California so far. Schools and colleges, he said, could start in July-August.

Tennessee on Monday allowed reopening of restaurants and later this week retail outlets could resume their businesses.

Pennsylvania has announced three-phase reopening of the state beginning May 3.

States like South Carolina, Oregon, Oklahoma, Ohio, have announced phased reopening of their economies. The state of Utah Tuesday announced relax restrictions and offered a mask to its residents.

In New York, the epicentre of the coronavirus outbreak in the US, non-essential businesses are ordered to stay closed till May 15. New York along with other states including New Jersey, Connecticut, Pennsylvania, Delaware, and Rhode Island and Massachusetts have announced to coordinate reopening.

Trump said he relied on experts, who apparently went wrong on this.

I listened to experts. I’ll tell you what. I did something that the experts thought I shouldn’t have done. I closed down our country and our borders. I did a ban on China from coming in, other than US citizens, and we did very strong checks on even our US citizens, he asserted. The United States, he said, is opening up again.