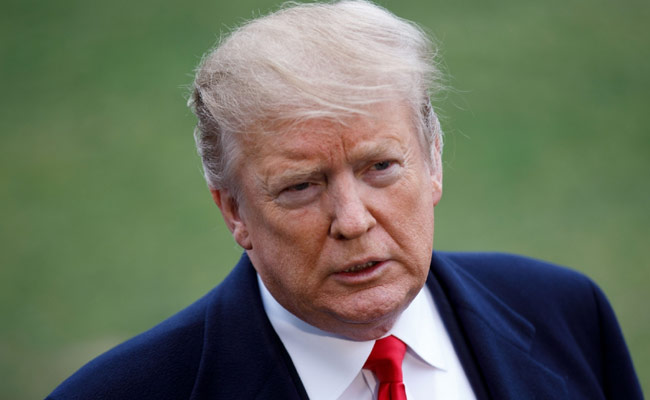 In the 18 hours following the comment, the Poison Control Center, a subagency of the city’s Health Department, managed a total of 30 cases of possible exposure to disinfectants, the New York Daily News reported on Friday citing a spokesperson.

None of those who contacted the centre died or required hospitalisation.

Compared to these cases, the numbers were nearly half for the same 18-hour period last year, said the report.

After a scientist made a presentation at the daily Coronavirus Task Force briefing on Thursday showing that COVID-19 virus is killed by sunlight in two minutes, Trump suggested bringing powerful light inside the body.

He compounded it further by suggesting injecting cleansers like bleach and isopropyl alcohol because Bill Bryan, the head of Homeland Security Department’s Technology Directorate said that bleach killed the virus in five minutes and alcohol in 30 seconds.

Trump wondered if the cleanser “gets in the lungs and it does a tremendous number on the lungs”.

Facing flak for his dangerous suggestion, Trump said he was just being “sarcastic” while making the comment.

Trump conceded: “I’m not a doctor.” But quickly added: “I’m like a person that has a good you know what.”

The scientists, Bryan and the task force coordinator Deborah Birx, appeared embarrassed by Trump’s far-out ideas when he looked to them for affirmation.

He told Bryan: “Supposing you brought the light inside the body, which you can do either through the skin or in some other way, and I think you said you’re going to test that too.”

Without contradicting him, Bryan played along: “We’ll get to the right folks who could.”

About Trump’s idea of injecting the cleansers, Bryan said: “No, I’m here to talk about the findings that we had in the study. We won’t do that within that lab and our lab.”

Trump quickly changed tracks and said: “It wouldn’t be through injection. We’re talking about through almost a cleaning, sterilization of an area.”

Taking a shot at the media, Trump said: “I once mentioned that maybe it (COVID-19) does go away with heat and light (of summer). And people didn’t like that statement very much. The fake news didn’t like it at all.”

But Bryan wasn’t fully on board about the bright sunshine and heat of summer killing off the COVID-19 virus entirely.

When Trump said that playground equipment would be sanitised by the sun’s rays and would be safe, Bryan countered that the underside of the gear would still harbour the virus since it won’t be exposed to sunshine.

Trump turned to Birx and asked about heat and light killing COVID-19.

She was evasive, saying in general terms about the effect of heat on viruses.

“When you have a fever, it helps your body respond. But not as – I’ve not seen heat…”

Because of the confusion caused by Trump, who at times has appeared to side with protesters demanding the lifting of restriction, Bryan gave the warning: “It would be irresponsible for us to say that we feel that the summer is just going to totally kill the virus and that if it’s a free-for-all and that people ignore those guidelines. That is not the case.”

Rains in Odisha till May 5, Heat wave will attain peak by mid-May!