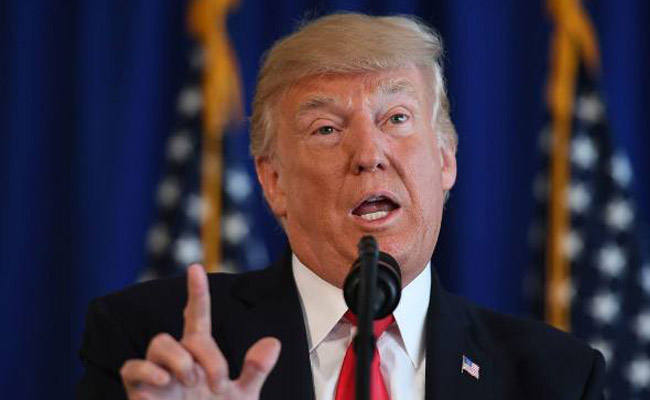 Washington: US President Donald Trump has warned China of consequences if it was “knowingly responsible” for the spread of the novel coronavirus pandemic.

Trump, who has expressed his disappointment over the handling of the coronavirus disease (COVID-19) by China, alleged non-transparency and initial non-cooperation with the US on this issue.

“If they were knowingly responsible, yeah, then there should be consequences,” he told reporters at a White House news conference on Saturday. “You’re talking about, you know, potentially lives like nobody’s seen since 1917.”

Trump said his relationship with China was very good till the time the deadly COVID-19 swept the world.

“The relationship was good when we were signing that, but then, all of a sudden, you hear about this. So, it’s a big difference.

“You know, the question was asked would you be angry at China. Well, the answer very well might be a very resounding yes, but it depends,” Trump said.

The president underlined that there was a big difference between a mistake that got out of control or something done deliberately.

“In either event, they should have let us go in. You know, we asked to go in very early and they didn’t want us in. I think they knew it was something bad and I think they were embarrassed,” Trump said.

Read: Coronavirus Has Passed The Peak In US, Says President Donald Trump

He claimed that China was pitching for former vice president Joe Biden, who is the presumptive nominee of the Democratic Party for the presidential election.

“If sleepy Joe Biden wins, China will own the United States,” Trump said, adding that his administration had gained billions of dollars from China due to his assertive trade policies.

The president said the coronavirus crisis had hurt everybody.

“We had the greatest economy in the world by far. China isn’t even close. Go back two months. And we’re going to keep it that way,” he said.

Trump asserted that Iran was now a much different country than it was before.

“When I first came in, Iran was going to take over the entire Middle East,” he said. “Right now, they just want to survive.”

Also Read: US President Donald Trump Halts Funding To WHO

Nizamuddin Returnee Along With Associates Attacks Govt Officials; Hold Them Captive In Odisha

India Slams Pakistan’s Apathy To Crack Down On Terror Perpetrators