Column: Corona Has Scored Many Firsts! 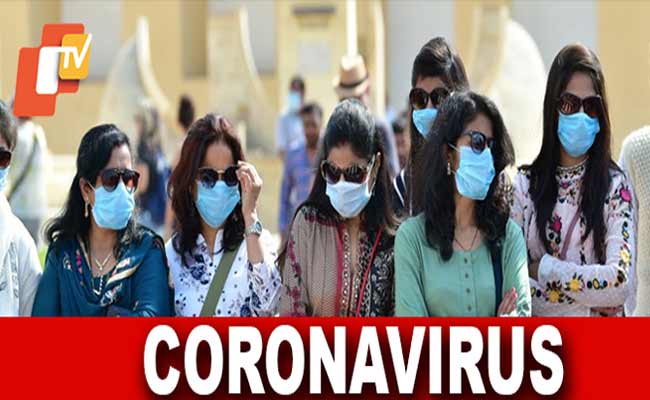 By now, everyone must have realized that this is unlike anything we have seen in our lifetime. And in keeping with the unprecedented nature of crisis precipitated by the rampaging nCorona virus, we are witnessing some never before things and scenes in our society, polity and public life. Sample the following and you will know what is being hinted at:

– Whenever we have faced a crisis – floods, cyclones and the like – in the past, one of the first things that the state government has done is to ‘cancel’ the leaves of all officials. The notification in this regard is invariably accompanied by a warning of ‘strong action’ against officials who fail to report at their offices/headquarters. This is the first time that the government is asking its employees not to come to the office and threatening ‘strong action’ against those who ‘come’ instead!

– Even private companies, who suck out the last ounce of blood and sweat from their staff in normal times, are forced to ask them to ‘work from home’ or just stay put at home, if that is not possible

– For the first time, employees appear to be having the upper hand in the owner-staff equation and are threatening to ‘report’ their bosses if they are forced to work

– For the first time in their life, people who come home only for lunch, dinner and sleep are learning the difficult ‘art’ of staying confined to their homes round the clock

– For the first time, those who cannot do without their evening ‘khati’ are learning to live without it

– For the first time in ages, all members of the family – men, women and children; young and old – are confined to home 24X7 – having breakfast, lunch and dinner together, spending quality time together, having fun together, sharing the joys of family life and doing things they have never done in years – playing carom, ludo, cards, video games, watching movies and so on. The Coronavirus might be spreading terror across the world. But it has united families like nothing else has done before.

– For the first time, people, even the busiest among them, now have all the time on their hands. In fact, they now have so much of it they don’t know what to do with it!

– For the first time ever, all other news has been pushed out of the TV screens. Entire TV news bulletins and whole newspapers are devoted totally and exclusively to news on the killer virus and the mayhem it is wrecking. It seems nothing else is happening in the state or the country

– For the first time, political leaders, who normally monopolize the TV screen, have gone off the radar, much to the relief of viewers. Even opposition leaders, who never tire of spewing venom against the government day in and day out, have kept their voluble mouths tightly shut, fearing a public backlash

– Perhaps for the first time, coming out of home is a punishable ‘crime’ and keeping people indoors is the biggest challenge for the law enforcement agencies!

– For the first time, people who can’t do without their daily quota of paan, cigarettes, gutkha and so on are learning to live without them. With the situation unlikely to ease in a hurry, many of them would have detoxed their bodies thoroughly and, hopefully, conquered their addiction! [Curiously though, buzzards are yet to feel the Corona pinch (at least in the capital city) and can procure their daily dose of ‘elixir’ without much fuss. The reluctance of the police and the administration to crack down on liquor shops even as they force all others to down their shutters is intriguing – and is creating/deepening the suspicion that the liquor-happy government is treating them with kid gloves as part of its liquor-friendly policy.]

– Deprived of the opportunity to spend quality time together at parks, malls, restaurants, coffee shops, fast food joints and other such places, young lovers have the unenviable task of having to restrict their ‘sweet nothings’ to chats on phone and social media apps!

– Young professionals, used to eating out 365 days a year, are learning or reviving the art of cooking and honing up their culinary skills in the process.

The list can go on and on. I have no doubt whatsoever that each of you can add a few to it. But the idea is to look for ways to bear the vicissitudes of what is unquestionably an unprecedented, extraordinary and extremely difficult situation with a grin – and have some fun in the process too!