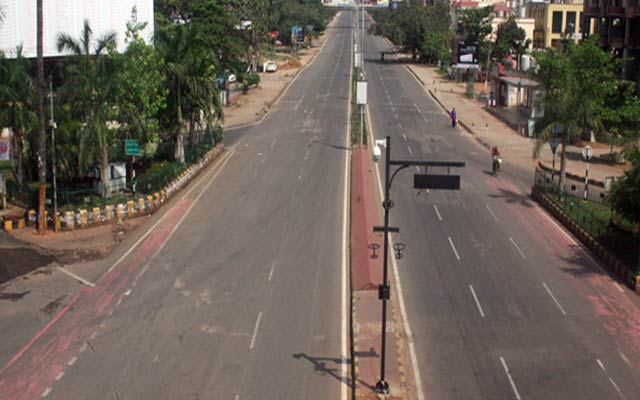 These are extraordinary times. There is hardly a soul in the whole world that has not been impacted by the deadly nCorona virus, which had its origins in China, spreading its tentacles across the world at lightning speed. Everyone, rich or poor, man or woman, young or old, has had to pay a price, irrespective of whether or not s/he has been infected with Covid 19 or not. But it is the poor, as always, who have taken the hardest hit. The authorities are doing the best they can and the people have resigned themselves to forced confinement indefinitely as the killer virus roams the world in search of vulnerable bodies to spread its venom.

That extraordinary situations require extraordinary measures is a no-brainer. But they also require something else; exemplary calm, determination and commitment to duty, compassion and restraint from public officials, rising above their pre-Corona high-handedness. The idea is to help the people deal with an unprecedented situation with enormous patience, persistence and empathy. As for the people, they need to understand that these are not ordinary times and the unprecedented situation requires them to keep normal life is suspended animation for now, do their bit, make the required sacrifices and lend their full and unstinted cooperation to the officials in the collective fight against the menace.

Unfortunately, however, neither side is doing what is expected from them in these extraordinary times. While officials continue to deal with the public the way they have always done, the people haven’t yet recognized the gravity of the situation and reconciled themselves to putting the trappings of normal life on hold for now. Two contrasting scenes from two different parts of Bhubaneswar city during the ‘Janata Curfew’ would show just how.

The normally bustling vegetable and non-veg bazaar was wearing a forlorn look this Sunday. Choc a bloc with hundreds of people from Kapilaprasad, Sundarapada, Bhimatangi and Pokhariput areas on any Sunday morning, only a handful of people were there at the haat this Sunday. Though the authorities had permitted vegetable, chicken, mutton and fish shops to stay open, vegetable and other small traders of the haat had taken a collective decision to take a day off in response to Prime Minister Narendra Modi’s call to the nation to observe a ‘Janata Curfew’. The only ones open thus were a handful of chicken, mutton and fish shops and the few people who had come were crowding around them for their Sunday quota of non-veg items.

Just as the clock was about to strike 9, three PCR vans screeched to the halt at the haat, one after another. A posse of police personnel descended and started doing what they do best: wielding the ‘danda’ (lathi), beating the living daylights out of the traders selling non-veg items, ransacking their shops and generally creating mayhem. A lady constable was in a particularly aggressive mood and upturned the fish tray of a trader, shouting ““How dare you keep your shops open? Don’t you know all shops have to remain shut today? Can’t you see even the vegetable sellers have shut shop?” “But Ma’m. They have closed their shops on their own and not because they were required to. They can afford to stay off business for a day since they do it every day. But what do we do? We do business only on Sunday,” a young chicken seller tried to reason. But the lady constable would have none of it. “Don’t argue with me. Just close your shop and go home as soon as possible or else I will shove you into the van and lock you up in the police station,” the Lady Dabang thundered. Quick to foresee the repercussions of defiance, the young trader did not utter a word and quietly started gathering his belongings.

“But TV is showing fish, chicken and mutton shops are exempt from the shutdown, aren’t they?” a meat trader protested feebly. “You will teach me the law? The permission ended at 7 AM,” she shouted back, giving the poor man a shove and leaving him cowering. After this, the others hurried to close their shops and save their precious belongings and flee the place. But with Sunday followed by Monday, the day of Lord Shiva, it goes without saying that there was very little possibility of their ‘saved’ items would sell in the Land of Lord Lingaraj. You can count the losses the 20 odd traders must have suffered – for no fault of theirs, mind you, but due to the high-handedness of an overzealous policewoman. The ‘7 AM deadline’ was clearly a figment of her imagination to silence the questioning trader because there was no such deadline as this columnist and everyone who had followed the developments closely knows. “If the deadline to close shop was 7 AM, when exactly were the traders supposed to do their business, 4 AM?” someone should have asked her. But such was the fear the Lady Dabang had driven into them that there was very little chance of something like that happening.

Place: The Road in front of an Apartment building in Bhubaneswar, Time: 5 PM

Column: Does An ‘Aerial Survey’ Serve Any Purpose In This…

Life during lockdown: The New World Order is living with…

Column: Why Bringing Back Migrant Workers Was The Right…

The people had already assembled with their ‘musical instruments’ – ghantas, ghantis, conches, brass/steel thalis and everything else that could serve as a makeshift instrument – long before the clock struck 5. Having confined themselves to their homes since morning, they had come out in strength in response to Prime Minister Narendra Modi’s call to the nation to play whatever they could lay their hands on – and just clap if they didn’t have any – for five minutes beginning 5 PM to pay their homage to those who were doing an extremely difficult job under trying circumstances fraught with grave risks: health, police and other emergency personnel, the media and the like. [It was amusing to think that the lathi-happy lady constable on rampage at the Kapilaprasad haat in the morning was among the people to whom the people were paying tributes!] The TV crews too had finished their last-minute checks to ensure all their equipment – cameras, booms and so on – were working fine. Just as the clock struck 5, all the assembled people started playing their musical instruments’ with gusto. The air in the whole city started reverberating with the thunderous, collective beats of thousands and thousands of ‘musical instruments’.

So far so good. The nation was, after all, paying tributes to the real heroes who were actually on the battlefront fighting to prevent the spread of the deadly Coronavirus at the behest of its Prime Minister. But what the PM had ordained to be a five-minute affair stretched well beyond the deadline and continued non-stop for well over 30 minutes! The crowd would start beating their instruments more vigorously every time the cameras switched on. During the live telecast of this novel event from Balasore, my eyes caught a little boy, who could not have been more than 12, rushing out of his first floor home on to the balcony and beating a thali vigorously with what looked like a large kitchen spoon, egged on by his mother as he did so, at the top left corner of the screen as the reporter interviewed someone on the ground. It wasn’t too difficult to reconstruct what must have happened. The boy and his mother must have gone inside after waiting for the cameras to roll for quite some time before rushed out in a hurry after watching on TV that live telecast had started or after being told about it by someone. What was supposed to be a solemn, five-minute affair had been reduced to a TV spectacle!

All the good work done since morning was spoiled in a few minutes of collective frenzy. The rush to appear on TV made a mockery of what was supposed to be a sombre affair. The whole idea behind the PM’s call for a ‘Janata Curfew’ was to make sure they stay indoors right through Sunday. And to their credit, the overwhelming majority of people did heed the request. The streets were deserted all day and all shops, including many, exempted from the shutdown, downed their shutters. But the very purpose behind the Janata Curfew was completely lost as people rushed out at the stroke of 5 to engage in a frenzied celebration with scores of men, women and children literally brushing against each other as they played their impromptu musical instruments, the mandatory one-meter distance between two people be damned! It appeared as if it was Holi celebrations!

The call for the tribute to the heroes was never meant to be a public affair. I don’t think during his address to the nation, the PM said any such thing at any point. What he had urged people to do instead was to ask them to pay their musical tribute to the heroes on the battlefront from their homes, balconies and verandahs with whatever they could lay their hands on. Nor did he ask them to continue playing their cymbals, ghantas and other implements for as long as they pleased. It is the people keen to have their kin see them on TV who interpreted it as such.

It was Spectacle as Tribute at its ugliest.

As I watched the live telecast on TV, I was suddenly reminded of the incident at Kapilaprasad haat in the morning and wondered; “Where are the policemen? Why are they not stopping this farce and forcing people to go indoors? The tribute turned celebration, by then, had gone on for a good half an hour and there was no way police didn’t get word about it. If nothing else, surely someone in the administration must be watching it on TV? Why are the PCR vans not being rushed to the relevant place?”

And it is not as if this was a solitary case at one place. Such tribute turned celebrations were being observed all over the city and, in fact, all cities and towns of the state and TV anchors and reporters were having a tough time making sure all major cities get their due share of time on-screen live. But 24 hours after the celebrations, there are no reports of the police intervening and forcing people back indoors from anywhere.

This is the bane of our law enforcement agencies: over-zealousness and high-handedness while dealing with the people, especially the poor, when it is entirely called for (the meat traders of Kapilaprasad, after all, were not doing anything illegal) and deafening silence when it is called for, as in the case of the public celebration of our heroes.

Ensure Operational Continuity Of Media Amid COVID-19: MIB To States/UTs