Column: Cashing In On People’s Misery 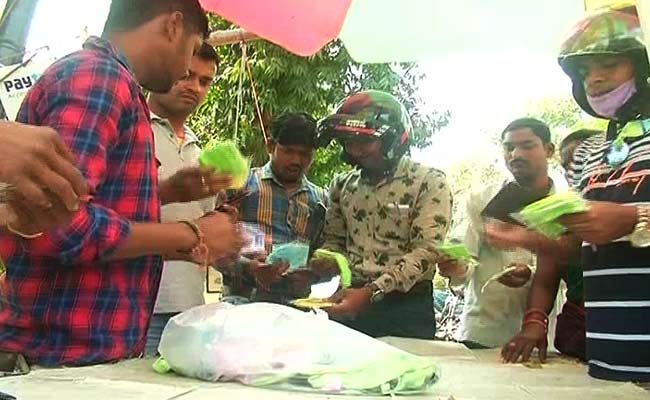 For others, a disaster is something to dread. But for them, it is an opportunity of a lifetime to make a fast buck by cashing in on the people’s fear, misery and helplessness during times of calamity. We have seen it during the Super Cyclone in 1999, the worst natural calamity to hit Odisha in the last century, and during all subsequent disasters in the state since then, most recently during Cyclone ‘Fani’ in May last year. And we are already witnessing it in ample measure as COVID-19 aka nCorona, the biggest so far this century, spreads its tentacles farther and wider across the world, the country and our very own Odisha with each passing day.

If you haven’t guessed it already, one is talking of the alacrity with which a gang of ‘enterprising’ but utterly unscrupulous traders and businessmen have found ways to cash in on the Corona ‘bonanza’. Surgical masks are selling at 5, 10, 20 times their normal prices. With the illogical mad rush for masks of people ready to fork out any amount for them, ‘business’ could not have been brisker for the retailers. Repeated advisories by government agencies that a healthy person need not wear masks have fallen on deaf ears. Sanitizers have suddenly become the most sought after item in medicine shops and are selling at hefty premiums wherever they are available at all. With traders already warning about a transport lockdown due to the fast-growing footprint of the nCorona virus in the days ahead, Odisha, dependent on other states for a majority of its essential requirements, is all set to witness a crippling disruption in supplies from other states. If the warning comes true, it will open up multiple avenues for traders to make more money. We are already witnessing the first signs of this phenomenon as people stock up on essentials amid apprehension of a scarcity of these items in the near future.

Read More:Column: Fight Against COVID-19 Caught Between Complacency And Panic

It is not as if it is a post-independence phenomenon in India, like many others ills afflicting our society and polity. It was there at the time of the great famine in Odisha, better known in the state as the Naa’nka Durbhikhya, in 1866 as countless accounts of the time reveal. It was there at the time of the Second World War too when the Britishers ruled us. The Indian genius for making money out of people’s misery had clearly rendered even the mighty and supposedly more efficient British administration powerless before it.

Only the items keep changing depending on the nature of the disaster; the phenomenon itself remains unchanged. If it’s a cyclone or a flood, it would be candles, batteries and all kinds of eatables. If it’s nCorona, the items being hoarded and sold for a premium by the traders’ cartel; would be surgical masks, sanitizers and the like. It need not be an ‘item’ every time though. There are times when the services sector reaps the benefits. During ‘Fani’, for example, the biggest money-spinner was generator sets with operators charging as much Rs 2, 000 for half an hour of lifting water!

The history of disasters has repeatedly proved the gross inability, inadequacy and utter helplessness of the government machinery to rein in what is euphemistically called the ‘market forces’ and ensure a steady supply of essentials at affordable rates. The responses have always followed a particular template that was perhaps designed in the 1960 and 1970s. Invoke ESMA, issue the customary warning about ‘stringent action’ against hoarders and black marketers and then follow it up with a perfunctory crackdown on a few hoarders before surrendering to the ‘market forces’. We saw how powerful these cartels are and how helpless our government is when onion prices went through the roofs a few months ago.

Apart from the inadequacy of the market regulators and the law enforcement machinery, a big reason these unscrupulous traders have been able to go about their business nonchalantly is their clout and influence with the political class. This clout comes from the huge money they pour into the coffers of political parties and leaders, which gives them immunity from prosecution or any strong action.

As for the people, they can do precious little other than watching helplessly as the politician-trader nexus milks the disaster for all it is worth!