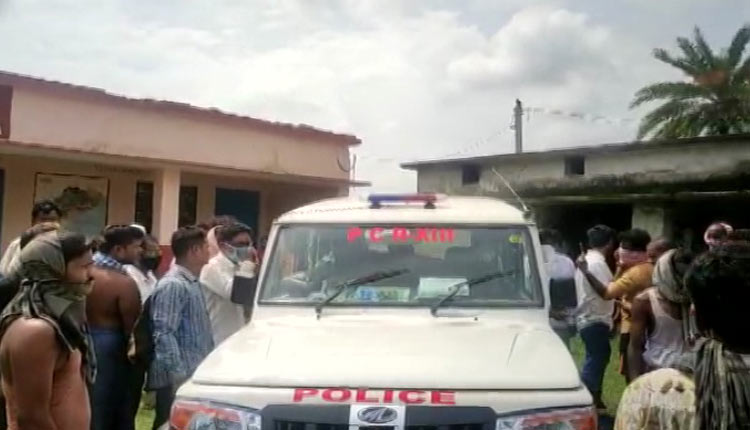 Cuttack: Though tributes and gratitude are pouring in for health workers in these times of COVID-19 pandemic, a shocking incident was reported from the State after a nurse was allegedly stabbed by her husband in broad daylight at Mahura under Sadar police limits of Cuttack district.

The victim, who was posted at Mahidharpada medical, has been identified as Priti Pradhan. She was engaged in the vaccination programme at Mahura primary school when her husband allegedly stabbed her to death.

As per the eye-witnesses, Priti’s husband Ashok Pradhan came to the school while she was on-duty and had a heated exchange with her over some issue following which he allegedly stabbed her multiple times with a sharp weapon.

Priti reportedly succumbed to the injuries on the spot.

Though Ashok tried to flee, locals apprehended him and handed over him to the police, informed sources.

Police have reportedly sent the body for autopsy and detained the accused for interrogation.

“Our interrogation is underway to ascertain the motive behind the crime. We have sent the body for post-mortem,” informed a police official.