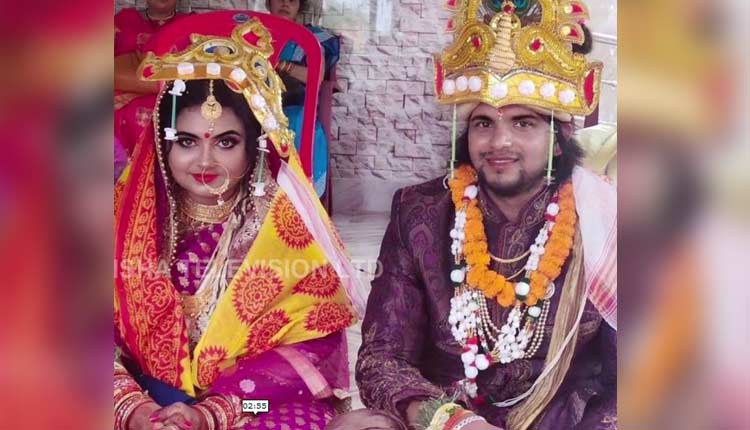 Bhubaneswar: What was a shocking incident for many, body of a social activist and motivational speaker, Aditya Dash found on the railway tracks near Lingaraj Temple Station on Tuesday.

Railway Police reached the spot and has initiated a probe into the matter, however, the reason behind his death is yet to be ascertained.

According to sources, Aditya was quite popular on social media for his inspiring speeches and was also well-known for his philanthropic activities. He had built an old-age home in Bhubaneswar for elderly people.

However, the friends and relatives of the social worker alleged foul play and conspiracy behind his death. It is hard to believe that Aditya who was propagating humanism and value of human life could ever commit suicide, they said.

Bhubaneswar-based Aditya got married to Bidyashree of Khapuria village in Cuttack on June 9 this year. His wife, however, said that since last few days, he was seeming anxious.

“He was battling something inside and was so fearful that he did not even want to come out alone,” she said.

As per family members, Aditya suddenly got his hair trimmed one day telling his wife and mother that he had to shoot some video for social media.

“I loved him so much and even yesterday we went to Shiva temple together to offer worship on the occasion of the first Monday of holy Shravan month,” Bidyashree added.