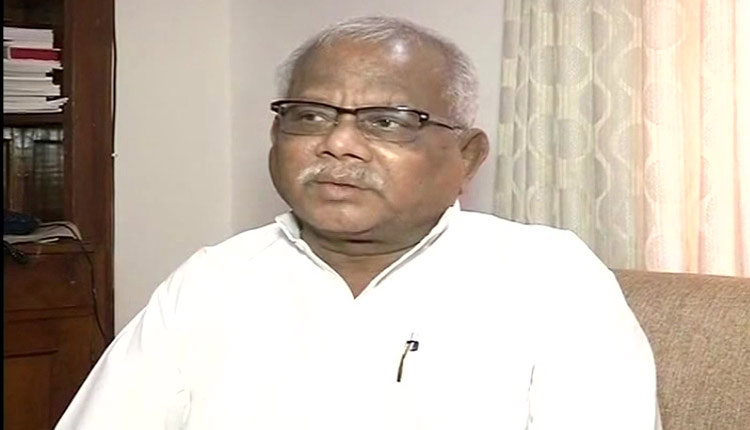 Bhubaneswar: Former State minister & Tirtol MLA Bishnu Das passed away at a private hospital in Bhubaneswar on Monday. He was 66.

A six-time MLA, Bishnu Das was elected to Odisha Assembly five times from Jagatsinghpur and once from Tirtol Assembly constituency. He also had a brief stint as a Rajya Sabha member in 2016. Das had resigned from Rajya Sabha after he was appointed as the deputy chairman of Planning Board. He was also the School and Mass Education Minister in Naveen Patnaik cabinet in 2006.

Odisha Chief Minister Naveen Patnaik’s office expressed grief over the demise of the veteran leader. Many senior BJD leaders also rushed to the hospital to pay their tributes to the departed soul.

“Everybody is saddened by the demise of Bishnu Das and it is a personal loss for me,” said senior BJD leader Raghunandan Das.

“Bishnu Das was elected to Odisha Assembly six times. It is certainly a great loss for BJD as he was a popular leader. His contribution for the development of Jagatsinghpur is immense,” said another senior BJD leader, Sanjay Das Burma.

Paradip MLA, Sambit Routray said, “It is great loss as everybody loved Bishnu Das because he was a good organisational leader. During last elections, he had not campaigned much due to his illness.”