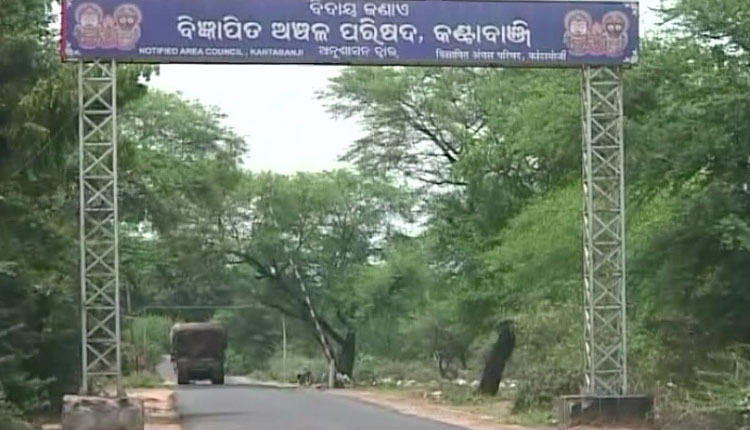 Bolangir: Though some argue that it is a migration hub in western Odisha, there is no denying the fact that it is a quintessential small town where big dreams take wings.

For all its diminutive status in the eyes of many, it would surprise quite a few people that it has produced some astounding tales of success that are inspiration for all.

Kantabanji in Bolangir district is a business town in an under-developed belt of the State, where the morning sun brings to life the everyday struggles & hardships; but at the same time many have used it as a light of hope & achieved remarkable feats. In the last 10 years, 5 candidates from this town have cracked the most prestigious and toughest examination in the country, the UPSC Civil Services Exams (CSE) and have gone on to become successful administrators.

Scarcity breeds innovation and this is quite evident from the example of Nabal Kumar Jain who secured All India Rank 125 in UPSC Civil Services Exam 2019.On his achievement, Nabal says that he once thought that it would be impossible, but inspiration and sheer hard work helped him realise the dreams.

Not only Nabal, Kantabanji is the home of noted IAS officer Arvind Agarwal who became a trendsetter after securing All India Rank-9 in the 2007 UPSC CSE.

Following on his footsteps, Manish Agarwal and Sarika Jain also managed to successfully crack the exam.

Manish cleared the CSE in 2012 and a year later, Sarika became the first female from Bolangir to crack the exam. Last year, Gourav Jain also made everyone proud after tasting success.

Rajendra Purohit, the current principal of Women’s College in Kantabanji and a teacher of Arvind Agarwal, said “The trend of success started by Arvind will inspire more budding aspirants to do wonders not only in State or national level but also in the international level. Earlier it was absurd to even think about becoming an IAS, but after Arvind Agarwal broke the barrier, everyone now thinks that realising such a dream is hard but not impossible.”

Manish Agarwal, who hails from Kantabanji and is now serving as Collector of Malkangiri district, expressed his optimism that boys and girls from his home town who are becoming bureaucrats will make everyone proud and serve the people well wherever they go.