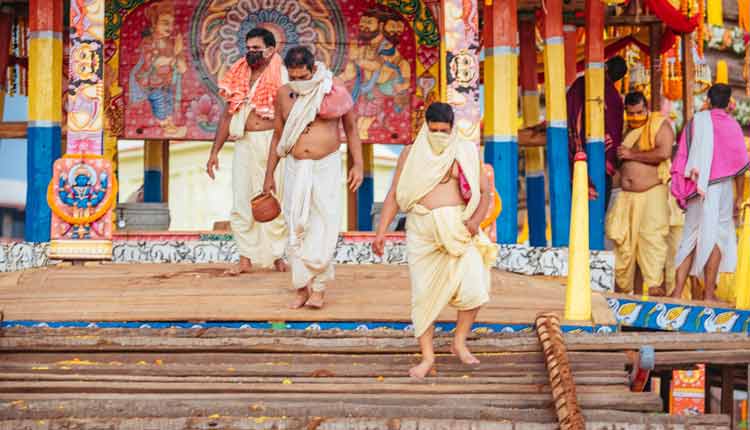 Puri: The Srimandir Managing Committee on Wednesday informed that all those who participated in Rath Yatra will be tested for COVID-19 while the servitors of the Puri Temple will be tested twice for the virus.

The committee’s vice chairman, Suresh Mohapatra said that COVID-19 test of around 5000 people, including servitors and police personnel, who took part in the Rath Yatra, will be conducted.

“A massive testing drive will be taken up. Testing of the servitors, who were and will remain directly involved in the chariot pulling, will be done in two phases. Only those police personnel, who will test negative for COVID-19, can be allowed to take part in the ‘Dakhina Moda’ ritual in which the chariots are turned south to face the Srimanir before their return during Bahuda Yatra,” said Mohapatra.

The first round of testing of the servitors will begin tomorrow and they will be tested for the second time later to ensure that all the servitors participating in the Bahuda Yatra (return journey of the deities) are COVID-free, he said. 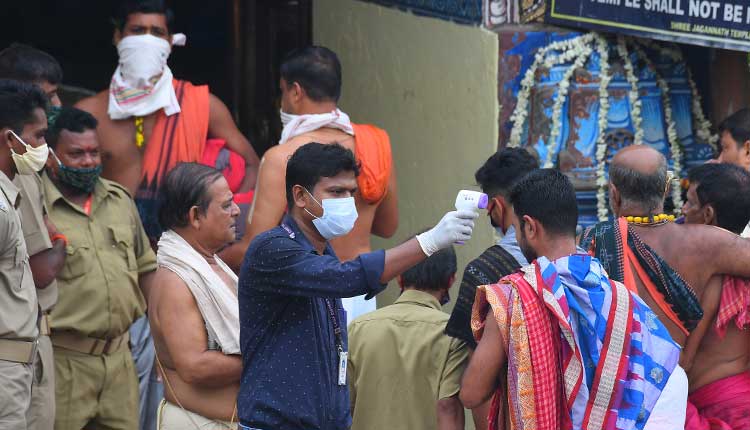 Besides, COVID-19 test of the employees of different government departments, Puri Temple administration staff, sanitation workers and all those present on Badadanda during the annual the Rath Yatra will be conducted. Apart from testing, a massive disinfection drive will be launched in the Puri town, Mohapatra added.

Shree Jagannath Temple Administration’s chief administrator, Krishan Kumar said, “We are trying to make sanitizers available to the families of servitors. Two special health centres, especially for the servitors and their families, will also be set up comprising a medicine specialist, an MBBS doctor and health workers with the required drugs.”