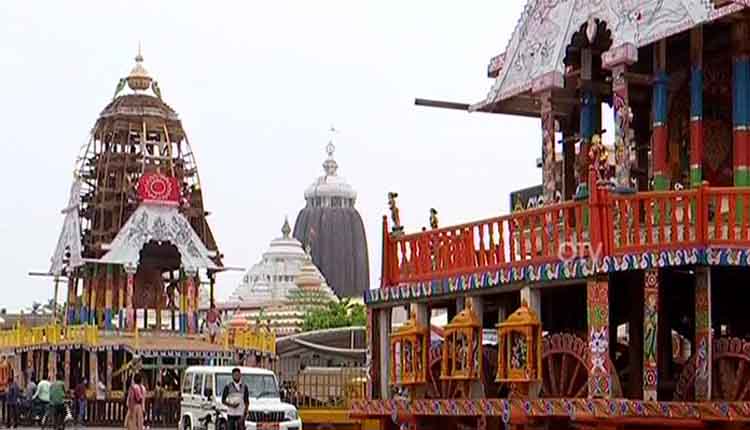 Bhubaneswar: Even as the Supreme Court has directed that the annual Rath Yatra of Lord Jagannath will not be celebrated anywhere this year in view of the Covid19 pandemic, petitioners continue to knock the doors of the apex court seeking reconsideration of its June 18 order and allow the conduct of the festival in Puri without the presence of devotees.

So far a total of 8 petitions have been filed in the Supreme Court urging the three-member bench headed by Chief Justice of India, Sharad Arvind Bobde to modify its order that stopped the Car Festival of the Holy Trinity this year.

Petitioners have requested the court to give special permission for the conduct of Rath Yatra at least in Puri (the abode of the Lord Jagannath if not in other places) and without devotees.

Key Arguments Of The Petitions

Though the filing of petitions seems to be a silver lining, with only 3 days left to the festival and the beginning of summer vacations of the Supreme Court from today, there is only a small window for getting any modifications to the order.

But it may be noted that the top court can hear urgent matters during the vacation period too. Despite rescheduling its summer vacation from June 22 to July 3 due to the COVID-19 pandemic, the court on Friday said that it would continue to hear “matters of urgent nature” via video conferencing.

Meanwhile, amid all uncertainty, the pre-Rath Yatra rituals of the Holy Trinity continued today as usual.

In view of the solar eclipse on June 21, the Nabajauban rituals of the Holy Trinity have already begun in the 12th-century shrine. As per tradition, Kasturi (musk) will be applied on the deities today.

“Traditionally, Banaklagi is observed for three days in Anasara ghara. Kasturi, which is one of the favourite items of the deities, is applied to them,” said senior servitor, Madanmohan Dutta Mohapatra.

On the other hand, the chariot construction is also underway with servitors commencing the ‘Kanamundani’ – draping of decorative cloth on the three chariots.