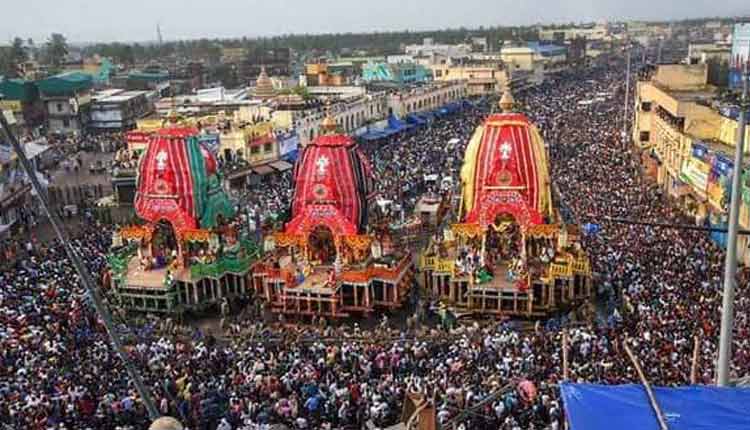 Bhubaneswar: Puri Gajapati Dibyasingha Deb on Friday proposed for adoption of a new set of practices not mentioned in the temple Record of Rights to hold the Rath Yatra of Lord Jagannath which has been barred by the Supreme Court from being celebrated outside the shrine in view of Covid pandemic.

The verdict of the apex court will be upheld and therefore Rath Yatra cannot be conducted outside the premises of Srimandir, said Puri Gajapati Dibyasingha Deb.

A meeting of Shree Jagannath Temple Managing Committee was called today to discuss the possibility of performing all the rituals of the annual car festival inside the premises of the 12th century shrine.

Puri Gajapati who chaired the crucial meeting said, “The Supreme Court has taken the decision keeping in view the larger interest and safety of the people across the State. The government has also allowed the Shree Jagannath Temple Managing Committee to lay out a feasible roadmap to conduct the rituals of Rath Yatra inside the shrine.”

“The managing body will hold a discussion with Chhattisa Nijog members, Mukti Mandap pandits, servitor associations at 6 PM today. Subsequently, the proposal will be submitted to the Shankaracharya who will take a final call on the matter tomorrow,” stated Gajapati.

During extraordinary times like the present #Covid pandemic when we are finding it difficult to follow the Record of Rights for an alternative way to celebrate #RathYatra, we will have to reform the practice after suggestions from the highest religious bodies

Gajapati also added that as the Record of Rights of Shree Jagannath Temple has no provisions of holding Rath Yatra inside Srimandir premises, in an emergency situation like Covid-19 pandemic, a separate set of practices and system have to be framed so that the festival can be organised and at the same time the age-old tradition remains intact,” he added.

On approaching the apex court for reviewing its decision, Puri King said, “I don’t think it is any more feasible to file a review petition seeking the top court to reconsider its decision on cancelling the Car Festival of the Holy Trinity.”

It may be noted that the Supreme Court in a historic decision yesterday, had stayed Rath Yatra scheduled to begin on June 23 and all activities related to the festival, in view of the pandemic.

Later, the Odisha government after the emergency meeting of the Cabinet chaired by Chief Minister Naveen Patnaik decided to abide by the orders of apex court.

SC Verdict On Rath Yatra: Could Odisha Have Made A Case For Festival Without Devotees?