Rath Yatra Cancellation: ‘Next Steps As Per Puri Shankaracharya’s Advice’ 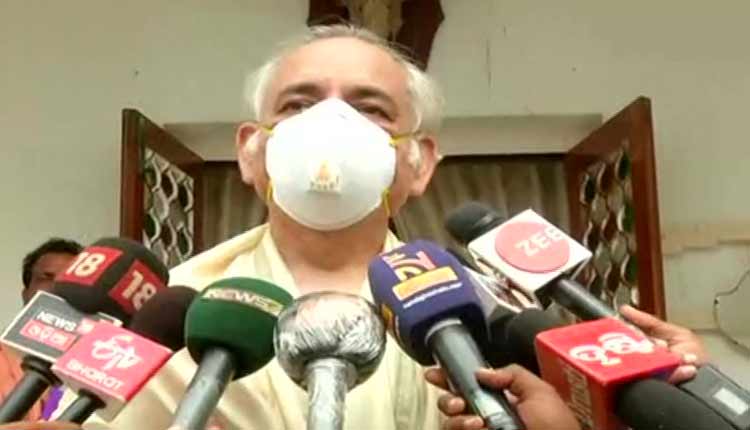 Puri: Acknowledging that everybody should abide by the Supreme Court order, Puri Gajapati Maharaja Dibyasingha Deb on Thursday said that the next course of action on Rath Yatra will be taken after due consultation with the Puri Shankaracharya, Swami Nischalananda Saraswati.

Gajapati Maharaj’s response came after the Supreme Court prohibited the centuries-old annual Rath Yatra this year in the wake of the Covid-19 pandemic. The Apex Court came up with the ruling while hearing a PIL filed by Odisha Vikash Parishad seeking cancellation of this year’s Rath Yatra.

“The Supreme Court’s order might hurt the sentiments of millions of devotees. But we are bound to follow the directives. Soon a meeting of the Shree Jagannath temple managing committee will be held,” said the Gajapati Maharaj.

SC’s judgement will definitely hurt devotees of Lord Jagannath across the globe. As #RathYatra can’t be conducted outside, we will seek suggestion of Shankaracharya on feasibility of conducting rituals inside Srimandir premises: Puri Gajapati Dibyasingha Deb #RathYatraCancelled pic.twitter.com/9VU3RuG8Pn

Dibyasingha Deb further stated that if Rath Yatra cannot be held outside in view of the COVID-19 pandemic and the Supreme Court order, we will see what rituals can be observed inside the temple.

“We will hold talks with the Puri Shankaracharya and move as per his advice,” he said adding that in the past as well, Rath Yatra could not be celebrated in the wake of invasions by Mughal rulers.

A SC bench headed by Chief Justice of India, SA Bobde, while hearing a plea seeking cancellation of the festival this year, ruled, “We consider it appropriate that in the interest of public health and safety of citizens to restrain the respondents from holding the Rath Yatra this year. We direct that no Rath Yatra will be held in temple areas of Odisha.”

Briefing about the rituals conducted so far this year, the servitors informed Gajapati Maharaj that all ‘Anasara Ghara’ rituals are being conducted as per traditions.

The Puri Rath Yatra, which usually draws lakhs of devotees to the pilgrim town every year, was scheduled to be held on June 23 while the ‘Bahuda Jatra’ (return car festival) was fixed for July 1.