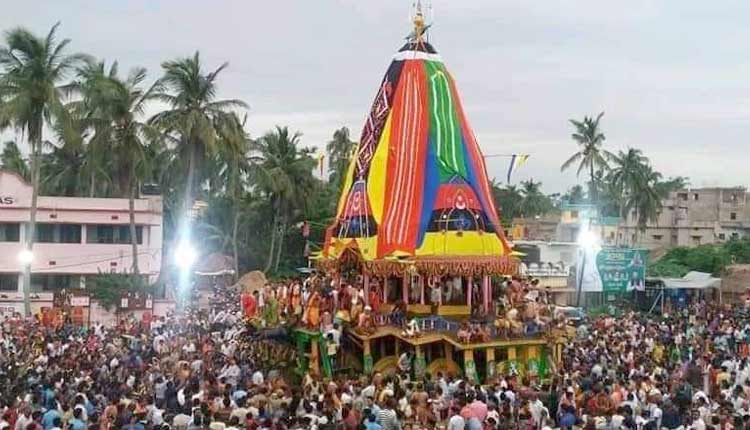 Kendrapara: Even as the decision for the conduct of Rath Yatra of Puri Lord Jagannath this year hangs in balance amid rising cases of Coronavirus in Odisha, the scheduled Car Festival of the Holy Trinity in some other major shrines in the State like that of Lord Baldevjew will not be celebrated in their usual grand manner outside the temples.

Kendrapara Collector Samarth Verma informed media that the Rath Yatra of the Lord Baladevjew will be limited to temple premises to prevent people from congregating and taking part in the festival.

As many as 28 temple committees in the State including that of Shri Haribaladev Temple in Baripada have also announced not to conduct the annual Car Festival rituals outside the temple premises in view of the Covid-19 pandemic. The committees have decided to organize the rituals within the temple premises while abiding by the guidelines of both the Centre and State government.

“In wake of the pandemic situation, it has been decided to conduct all the Rath Yatra rituals including the Lords return car festival, inside the temple premises going by the government guidelines,” a statement issued by the managing committee of Shri Haribaladev Temple said in a statement.

As the pulling of chariots is not possible by maintaining social distancing norms, so the committees have decided not to hold the Rath Yatra outside the temple premises, said reports.

At least 12 temples in Balasore district, 6 temples in Mayurbhanj district, 5 in Sambalpur district, 2 each temple in Kandhamal, Bolangir, and Gajapati have also announced not to hold Rath Yatra outside the temple premises.

All the temples including Shree Jagannath temple in Puri are still closed across the state for devotees since March 22 in view of the COVID-19 pandemic.