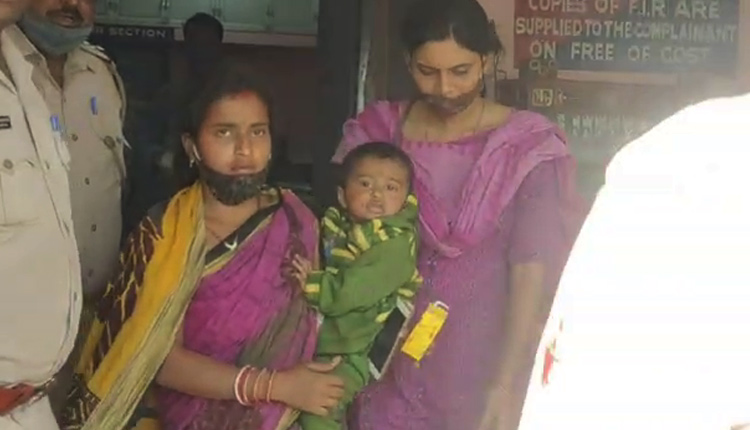 Cuttack/Jajpur: The mother of Pihu, a two-year-old girl from Madhusudanpur village under the Binjharpur police limits of Jajpur who has been missing since the past six months, was picked up by the police in Cuttack while she was on her way to Bhubaneswar.

As per reports, Pihu’s mother Monalisa Nayak was on her way to the State capital in a private bus on Wednesday morning when a team from the Chauliaganj police station intercepted the vehicle near OMP Chhak (square) in Cuttack and whisked her away in a marked vehicle.

As per reports, Monalisa was initially taken to the Chauliaganj Police Station and questioned for about an hour. Thereafter she was taken to an undisclosed location, added reports.

Sources said the mother of the missing girl who has been constantly alleging police laxity in tracing her baby girl, was planning to stage a protest in front of the Odisha assembly where the Budget session is in progress.

In her brief interaction with media, Monalisa said, “I was going to Bhubaneswar to obtain a permission letter for sitting on dharna outside the Odisha Assembly.”

It may be mentioned here that a series of suicide attempts have been made outside the Odisha Assembly in the run up to and during the budget session which is still underway.

It is believed that the police action in picking up Pihu’s mother mid-way was aimed at preempting any more such incident.

Earlier on February 14, the Jajpur Police had put up posters at different locations and announced Rs 20,000 cash reward for information on the missing two-year-old girl.

On August 9, Pihu (Subhalaxmi Nayak) went missing while playing in front of her house. Though her mother lodged a missing complaint with the local police on the same night, the police are yet to make any headway in the case. Monalisa had also met the SP at the latter’s office in Panikoili on October 12 and pleaded for tracing her daughter.