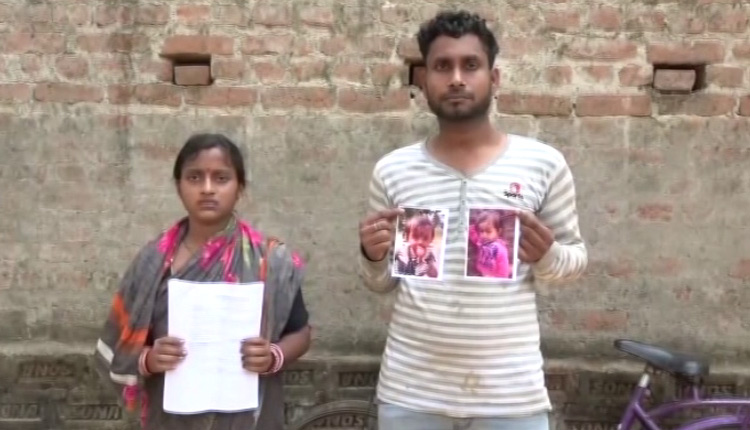 Jajpur: Even as six months have elapsed, the plight of Pihu’s family looks never-ending. The parents of two-year-old girl Subhalaxmi Nayak aka ‘Pihu’ who has been missing since August 9 last year from Madhusudanpur village in Jajpur district, have now questioned police’s failure to trace their girl.

Alleging laxity in police probe, the family knocked the doors of the district Collector last month where they were assured of a detailed probe into the case. During the discussion, SP was also present, sources said.

However, even after 20 days of having been given assurance, our girl is still missing, alleged mother of Pihu Monalisa Nayak.

“When we sat on a dharna outside the Collector’s office, the SP came to us and assured to carry out an on-spot investigation. He visited the spot, but since then there has been no headway in the case. Why are they silent? The process of investigation hasn’t begun. They are just carrying out on-spot visits and hoodwinking us,” the mother alleged.

Pihu’s father Laxman Nayak has been demanding a CBI probe. “There is no seriousness in Police probe. Even after so many days, they have no idea about my daughter’s whereabouts. We are going through severe mental agony. The Crime Branch should investigate the case and do the needful to trace my daughter,” Nayak had said.

Requesting the government to do the needful, the frustrated parents have now warned of a dharna in front of the official quarters of State Women and Child Development minister, if Police doesn’t take the case seriously.

READ | Odisha: Families Of Missing Children Narrate Their Journey Of Hope Against Hope