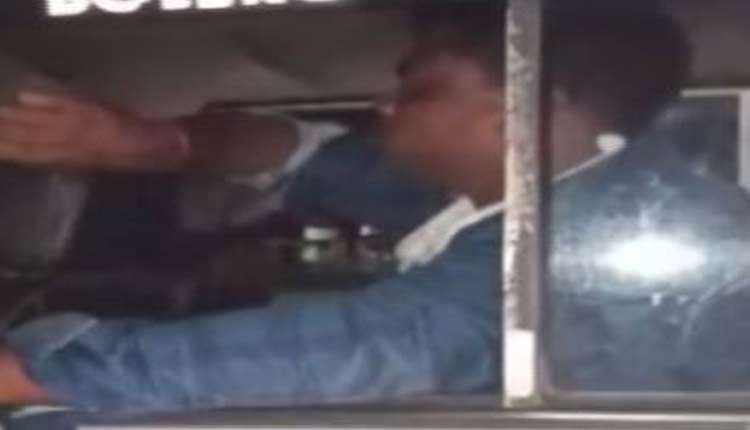 Bhubaneswar: A group of people reportedly thrashed a cop of Khurda Industrial police outpost for allegedly demanding bribe from commuters in late hours of Friday.

According to sources, the policeman was allegedly asking for bribe from commuters at Totapada square. Later, an altercation broke out between him and a few people who opposed the police personnel.

The altercation took an ugly turn when the group reportedly beat the cop. However, on being informed, police personnel from nearest police station rushed to the spot and rescued the cop.

Meanwhile, Khurda SP has assured an impartial investigation into the matter and stern action against those found guilty.

Earlier on July 16, a constable attached to the accounts section of Commissionerate Police was arrested by Vigilance department on charges of corruption. The accused constable, Suresh Chandra Das was nabbed while accepting a bribe of Rs 8,000 from another police official, who is presently working as OAPF at Balipatna Police Station.

The complainant Ratnakar Pedenti of Rayagada had reported the matter to Vigilance sleuths after the accused constable Suresh Chandra Das had demanded the money to process the recovery of house rent without interest in his favour.