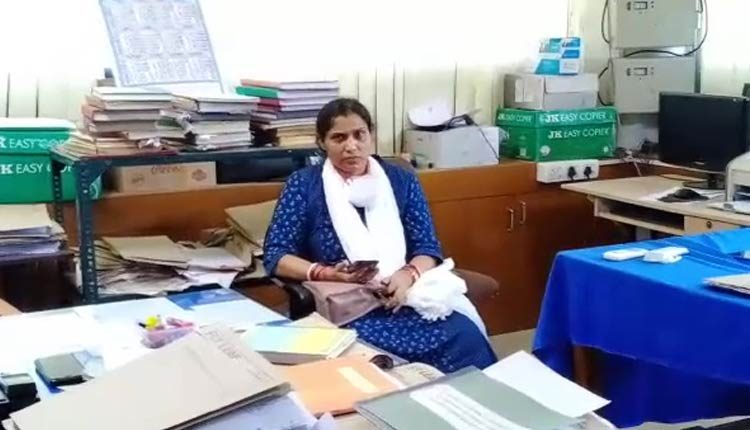 Bhubaneswar: The officials of Vigilance division of Bhubaneswar on Thursday arrested Balianta Tehsildar and a data entry operator on charges of accepting bribe of Rs 1.20 lakh for settling a land-related issue in Bhubaneswar.

The tehsildar has been identified as Rashmi Rekha Pradhan while the data entry operator as Dhaneswar Sahoo.

As per the complaint, Sahoo had demanded the bribe from one Kailash Rath of Sastri Nagar area in Bhubaneswar stating that he will pay the money to the tehsildar for conversion of his land in ORL Case.

However, Rath approached the Vigilance with the complaint following which the anti-graft officials laid a trap and caught Sahoo red-handed while accepting the bribe money. After a prelimiray inquiry, the Vigilance officials arrested the tehsildar on charges of demanding bribe.

The duo was later taken to the Office of the Superintendent of Vigilance in Bhubaneswar for interrogation. A Vigilance team has launched a search operation in the tehsildar’s house and also lodged a case in connection with the matter.

On the other, both the tehsildar and the data entry operator have refuted the bribery charges on them.

“I don’t know anything about the matter. As there is an issue in the department, the officials have called me for investigation. I even do not know the complainant,” clarified the tehsildar.

The accused date entry operator said, “The man had to deposit Rs.1.27 lakh in the department for some land-related work. He came today with Rs 1.20 lakh and asked to keep the money. He said that he would deposit the rest amount on Monday. I am being trapped and I don’t know anything about it.”