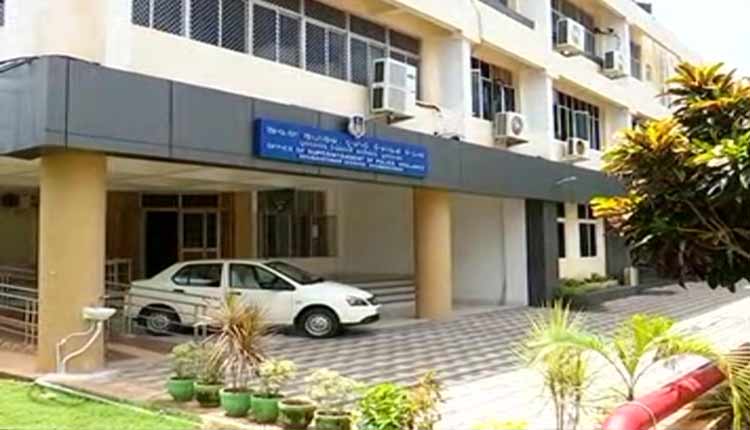 Bhubaneswar: A constable attached to the accounts section of Commissionerate Police was arrested by Vigilance department on charges of corruption. The accused constable, Suresh Chandra Das was nabbed while accepting a bribe of Rs 8,000 from another police official, who is presently working as OAPF at Balipatna Police Station.

The complainant Ratnakar Pedenti of Rayagada had reported the matter to Vigilance sleuths after the accused constable Suresh Chandra Das had demanded the money to process the recovery of house rent without interest in his favour.

“When I was staying in reserve, I was getting house rent allowance of Rs 1,530. But when I got posted at Balipatna, I was still getting more HRA allowance. I had approached the authorities to deduct the amount as per the norms. Suresh Das had called me and informed that excess money of nearly Rs 25000 would be recovered from me. Later, he demanded Rs 10,000 assuring me that no money would be deducted,” alleged complainant, Pedenti.

“I have never demanded bribe. Today, he (complainant) was waiting outside the office building and he put the money inside my pocket forcibly,” said the accused constable.

As per latest information, the accused constable has been suspended by the Commissionerate Police.