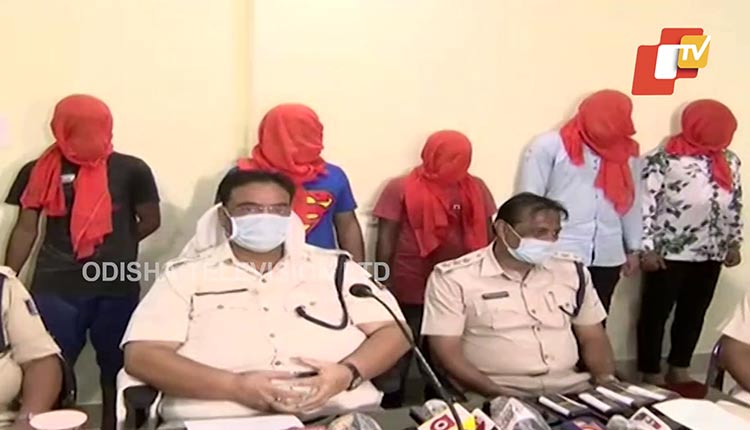 Khurda: The district police on Thursday arrested 6 accused linked to the brutal murder of Amiya Barik, a bar employee in the town, and seized a BMW car and weapons used in the alleged crime.

Khurda SP Ajay Pratap Swain informed that police successfully nabbed the accused who fled after committing the murder of the bar staff in front of NH-16. The main accused namely Mrutyunjay Nayak, Amit Pradhan, and four others have been put in custody.

Reportedly, Mrutyunjay along with his friends came to buy liquor in his brother Dhananjay Pradhan’s BMW car, who is believed to be in a drug de-addiction centre. There was some exchange of words between Mrutyunjay and the bar security guard with respect to parking of the BMW car.

#BREAKING: Khurda police crack the murder case of a bar employee in the town. 6 accused linked to the case arrested while a BMW car and weapons used in the crime also seized. Khurda SP reveal details about the case #WATCH#Odisha pic.twitter.com/BwaFXG6d8H

As per the police, Nayak and his friends left the site and bought some sharp weapons from a local hardware store.

“They came to the bar later but the security guard they had altercation with was not present. Instead, they attacked bar staff Amiya Barik with sharp weapons.” SP Ajay Pratap Swain added.

Meanwhile, police have seized the CCTV video footage from the crime spot and accelerated the investigation process further.