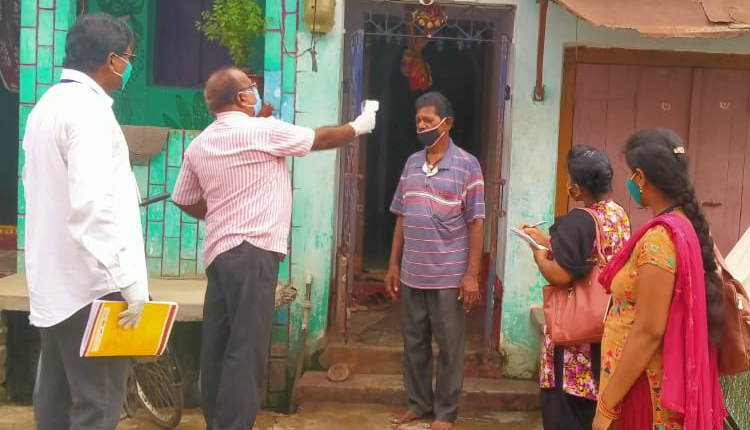 Bhubaneswar: Opposition political parties in Odisha on Sunday censured the State government citing reports released by the Centre which stated that Ganjam is among 13 districts in eight States/UTs with a high caseload and Case Fatality Rate higher than the national average.

While the Ganjam district administration says that the active caseload in the region has come down along with the report of new cases over the past few days, the Union Health Ministry report stated that 13 districts including the one from southern Odisha have 9% of India’s COVID-19 active cases and 14% of the fatality, which is higher than the national CFR average.

So far while the entire State has recorded a total of 272 deaths, Ganjam district alone accounts for 131 of them. Likewise, the district is also the worst hit in the State in terms of total number of cases which stand at 12855.

On Sunday, however, the district’s Coronavirus recoveries surged past 10000 mark with 402 new recovered cases. The total recoveries in the district have now touched 10,573.

On the other hand, allegations on less number of tests, delay in report of cases, a setback in admission of patients to hospital among several other issues are stated to be reason behind the high national CFR in the district.

In order to deal with the situation, the Centre has issued a number of ameliorative measures with a special strategy to be duly followed by district authorities to keep the virus cases in control.

The most serious situation lies in BMC area where allegations from various quarters continue to claim COVID mismanagement as the reason behind the worsening of the condition.

A BMC Ward Sachetak Jaydev Nayak alleged that the authorities have completely failed in ensuring control of the outbreak.

“The authorities have intentionally allowed the infections to go widespread because apart from shifting of patients to hospital, a bit of sanitisation, the BMC is not doing anything special to control the situation,” he said.

Reacting to the allegations, BMC Commissioner PC Choudhury said some isolated complaints on negligence does not mean that every one of the 2000-odd volunteers have any issues.

Both the BJP and Congress claimed that the State government has completely failed in managing the COVID situation.

“Both Khordha and Ganjam district are creating grim milestones in Covid scenario only because of the faulty, apathetic management by the government which is very unfortunate to see,” said senior BJP leader Bijoy Mohapatra.

“The government is only one who is responsible for such a mess in Covid situation that we are currently witnessing in Khordha district after that of Ganjam,” said Congress MLA Tara Bahinipati.

However, the ruling BJD played down the charges of the Opposition. Senior leader of the party Debi Mishra claimed that the Covid situation in Ganjam and Bhubaneswar is under control.

“The report by the Centre is not indicative of the real situation. In fact, the mortality rate is quite lower comparatively. The Union Health Secretary just suggested some steps to streamline the management process and checkmate any rise in cases,” Mishra told media persons.