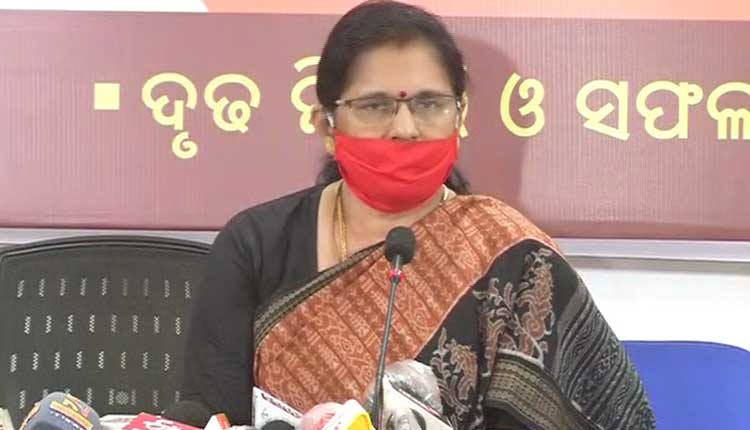 Bhubaneswar: The opposition BJP on Friday renewed its attack on the State government over the alleged gang rape and murder of a woman in Malkangiri district and alleged that efforts are being made to hush up the matter.

Addressing a presser here, BJP Mahila Morcha president Prabhati Parida alleged that though the police have CCTV footage and other evidences against those involved in the crime, they have not arrested the criminals yet.”

The BJP leader alleged that since there is involvement of cops in the case, the police are trying to influence the doctors.

“Not a single person has been arrested in the case so far. It has created suspicion in the minds of all that police are pressurising doctors to change their reports in a bid to give clean chit to the culprits,” she alleged.

She further alleged that efforts are being made to cover up the case in the guise of SIT probe. Though the SC/ST Commission is supposed to visit the district to inquire into the case, it is yet to happen.

On July 6, a five-member BJP team led by Parida had visited Malkangiri and inquired into the matter. “After a detailed inquiry, we conclude that it can be termed a second Kunduli case,” Parida said.

Notably, the BJP had earlier moved the Odisha Human Rights Commission (OHRC) seeking an independent inquiry into the alleged gang rape and murder of the woman.

According to sources, the woman was working as a domestic help at a police canteen in Malkangiri. On May 7, her husband found her in a critical condition and admitted her to a hospital.

On May 11, the woman was shifted to a hospital in Koraput, where doctors referred her to the MKCG Medical College and Hospital in Berhampur. However, she died on way to the hospital the same day. The Odisha Police has formed a Special Investigation Team (SIT) to probe the case.